Busted! Richard Branson Catches Employee Sleeping on the Job, Does This 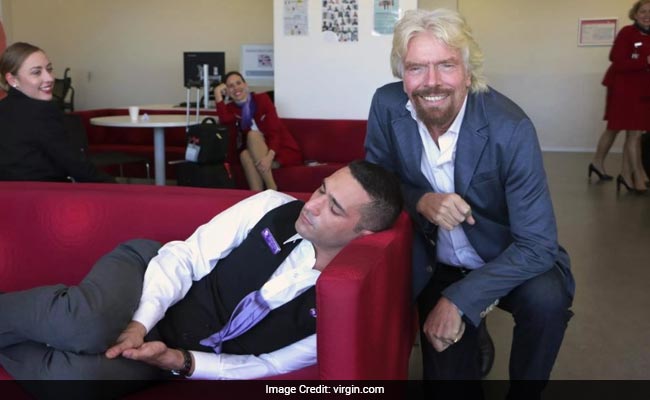 Richard Branson was visiting his offices in Australia when he came across a sleepy employee in one of them.

It's usually never a good idea to doze off while at work, but catching 40 winks while the super-boss just happens to visit your office... that's like any employee's worst nightmare. Only, this gentleman is lucky his boss is Virgin Group founder Richard Branson.

The business tycoon, known for having quite the sense of humour, was visiting his offices in Australia when he came across a sleepy employee in one of them. "Wow, did he get a shock when I woke him up. He must have thought he was dreaming because he went straight back to sleep," Mr Branson said in a blog on Virgin.com. So instead of waking the gentleman up from his little nap, he just snapped a picture with him and posted it on his blog.

Before you judge the employee, here's the truth behind his siesta. "To be fair, he was on standby, getting some much needed rest," Mr Branson explained in his blog. So luckily, he got away with just a little bit of trolling.

We hope the employee didn't feel too bad though. After all, he has such a cool picture to remember forever.
Comments
Richard bransonVirgin GroupAustraliaViral picture