Puppy Fell Unconscious In House Fire. See The Moment He Was Revived

"A very lucky dog," said the fire department on Twitter 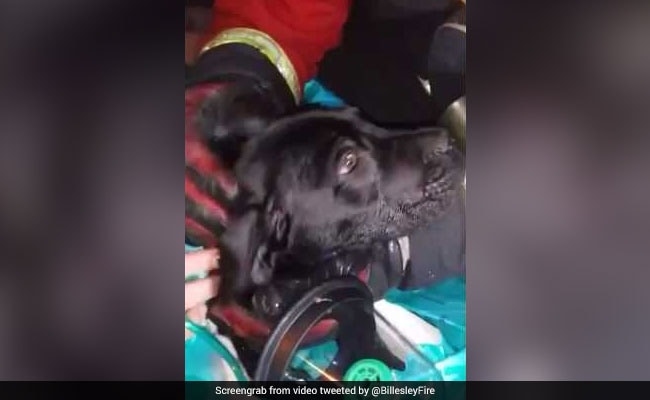 The puppy, named Buster, fell unconscious after inhaling smoke in a house fire

A group of firefighters miraculously rescued a puppy who fell unconscious after inhaling smoke in a house fire.

Videos released by the Billesley Fire Department show firemen trying to revive the pup, named Buster, by using a special oxygen mask while one of them lovingly comforted the dog. But Buster, though conscious, struggles to breathe.

But Buster surprises everyone. In a subsequent video posted on Twitter, the pupper wakes up and gives a confused glance to the people who just saved his life. In return, he gets lots of pats for being so brave.

Here's the lucky pupper after enduring the stressful situation, looking healthy and adorable.

Promoted
Listen to the latest songs, only on JioSaavn.com
"Buster with his rescuers, half an hour later, looking a lot healthier. A very lucky dog. Good job!" the tweet said.

Buster with his rescuers, half an hour later, looking a lot healthier. A very lucky dog. Good job! @KingsNortonFire@Bournbrookfirepic.twitter.com/HfRx4LvRfZ

The fire was reported today morning from a house in Kings Heath, Birmingham, reported ITV. Two firefighters were deployed to rescue the pupper from the kitchen. It took firefighters half an hour to resuscitate Buster using their latest animal respiratory equipment.

Social media was moved by the compassion of the firefighters.

Fantastic work glad to see Buster is okay,hope everyone else is okay,nice to hear some good news on a Monday!

Thank you for doing what you do and going above and beyond... you're truly special people full of compassion.

This has made me so happy