Beer Bottles May Help Save These Endangered Fish From Extinction

Discarded beer bottles are proving to be an ideal breeding ground for the endangered Australian spotted handfish, say scientists. 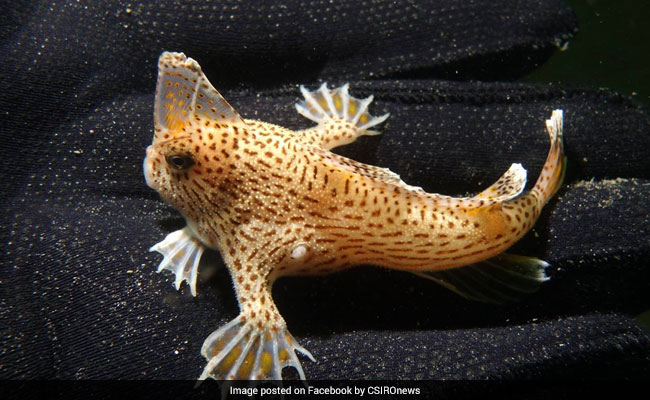 The fish are taking refuge in discarded beer bottles to save themselves from extinction, say scientists

Melbourne: Endangered Australian spotted handfish are taking refuge in discarded beer bottles on river beds to save themselves from extinction, scientists said today.

The spotted handfish walks along the Tasmanian seabed on long fins resembling hands and is the first marine species in the world to be classified as critically endangered.

The handfish like complex breeding habitats but boat moorings and invasive pest species like the North Pacific seastar are damaging their breeding grounds, said researchers from Commonwealth Scientific and Industrial Research Organisation (CSIRO) in Australia.

However, discarded beer bottles are proving to be an ideal breeding ground for the rare fish, they said.

"There are a couple of sites where there are bottle reefs which provide good habitat. Places where people have been mooring up their yachts or windjammers since the 1800s, drinking rum and throwing the bottles overboard," Tim Lynch, senior researcher at CSIRO was quoted as saying by ABC.

"The seastars can not eat the bottles at least, and we often find spotted handfish hiding behind discarded bottles," Dr Lynch said.

Researchers found that handfish breed well in captivity. They have created artificial spawning habitats in the river, and placed about 6,000 plastic sticks on the river bed for handfish to lay eggs on.

Promoted
Listen to the latest songs, only on JioSaavn.com
Each fish lays up to 200 eggs after a courtship dance between the male and the female, and the female then cares for the eggs until they hatch, they said.