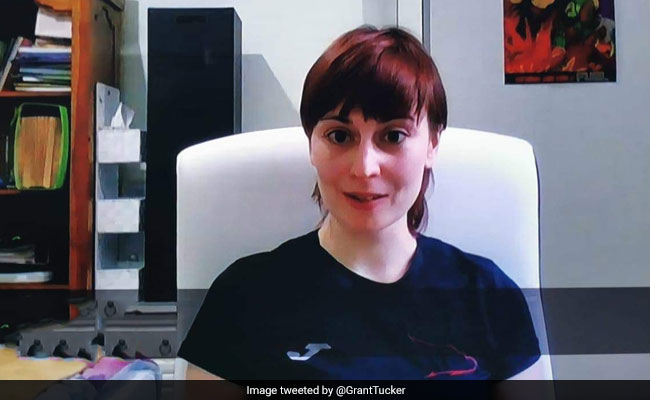 A guest on BBC Wales appeared with an explicit object visible behind her.

BBC Wales viewers were left in stitches Tuesday evening when a guest appeared on a news programme with a very explicit item on the shelves behind her. Yvette Amos appeared on news programme BBC Wales Today via video link to talk about her experience of unemployment during the coronavirus pandemic, reports The Independent. However, eagle-eyed viewers were quick to notice a rather rude object behind her during the interview.

Placed on the shelf behind Ms Amos were packages, books, board games... and a sex toy.

An image of the scene was shared on Twitter by journalist Grant Tucker. "Perhaps the greatest guest background on the BBC Wales news tonight. Always check your shelves before going on air," he wrote.

Perhaps the greatest guest background on the BBC Wales news tonight. Always check your shelves before going on air. pic.twitter.com/RK6GCiFuHk

Twitter users flooded the comments section with amused reactions as the image went viral on the microblogging platform.

"There's no way this wasn't purposeful," wrote one Twitter user.

"It's the 'Think Happy Things' picture next to the bloody hand smear on the door that concerns me," another declared.

Some social media users whether the object was a sex toy or a sculpture, while others wondered if Ms Amos had been pranked by her friends before appearing on the show.

In 2017, an alert viewer spotted a BBC employee watching a rather explicit video at work. The employee's computer screen was plainly visible behind an oblivious anchor delivering the news during a live broadcast.