Anand Mahindra Is Full Of Praise For This Punjabi Song 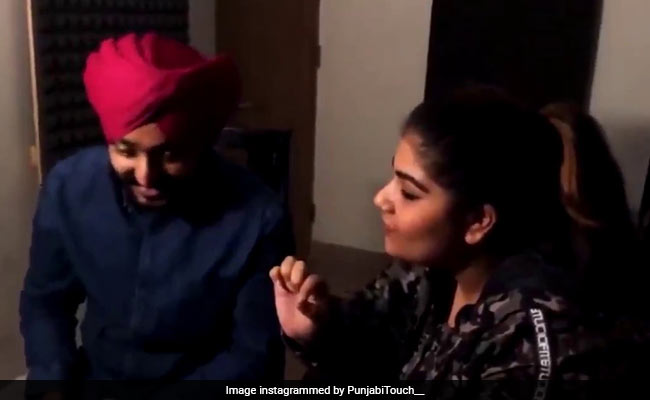 As a Punjabi, Anand Mahindra may be biased towards this song - but you really don't need any excuse to appreciate how melodious it is. On Tuesday, the Chairman of Mahindra Group took to Twitter to share Manavgeet Gill and Simiran Kaur's stunning rendition of the Punjabi song Kann Kar Gal Sun.

Full of praise for the song, he compared it to "renewable energy" that could recharge your batteries in the midst of a long day. He also admitted to feeling a certain bias towards it as a Punjabi himself.

"I'm Punjabi, so I'm biased," wrote Anand Mahindra while sharing the video. "But the music is like a form of 'renewable energy.' Take a break during the day if you can & let it recharge your batteries. This young lady's voice has Gigawatts of power.."

I'm Punjabi, so I'm biased. But the music is like a form of ‘renewable energy.' Take a break during the day if you can & let it recharge your batteries. This young lady's voice has Gigawatts of power.. https://t.co/XjumOaV7eN

His tweet has been 'liked' by over 3,000 people on the microblogging platform. In the comments section, several people agreed with him and praised the video, which has collected over 1 lakh views.

"Didn't understand a word and loved it. Sometimes you don't need to know what the words mean to benefit from something!" wrote one Twitter user in the comments section.

"Amazing music .the best way to unwind is listening to music," another remarked.

Thank you so much for the appreciation Sir. It's an honour to get admiration from an esteemed personality like yourself. ????

The video posted by Mr Mahindra was first shared on YouTube last year, where it has been watched over 3 million times.

What do you think of this rendition? Let us know using the comments section.

"Tennis Is What I Love": Sania Mirza On Balancing Motherhood With A Career