Amid Spat Over Woman's "Attacker", Chicken Ends Up At Police Station

A woman filed a case and said she was fed up of the chicken "attacking" her daughter and wanted it locked up. 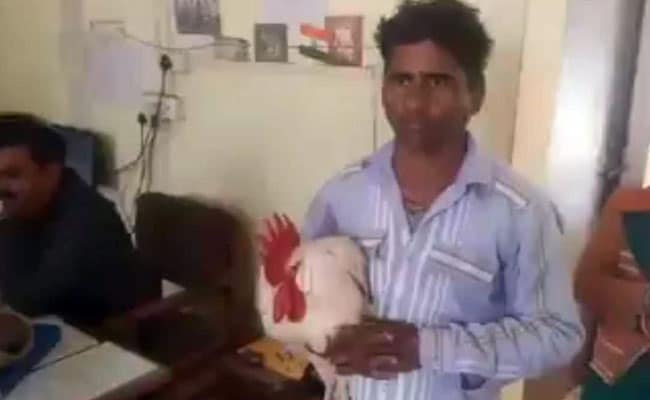 After complaint against Chicken, the family said the bird is like their child.

At a police station in Madhya Pradesh's Shivpuri, about 280 km north of state capital Bhopal, a woman insisted on filing a complaint against her neighbour. She alleged it had attacked her daughter several times.

It could be like any other police complaint, if not for one small detail - the alleged attacker was a chicken.

The chicken and its owners, a husband and wife, were all summoned to the police station.

The woman, Poonam Kushwaha, said she was fed up of the chicken "attacking" her daughter and wanted it locked up. She said that despite repeated warnings to the neighbours, the chicken would relentlessly attack her daughter.

"I don't want another scratch on my daughter, I won't tolerate this anymore," the woman warned.

After being threatened of police action, the neighbours said that they'd rather go to jail themselves than have the chicken "arrested". The couple said they had no children and the chicken was like their child.

They assured the woman that they would keep their chicken locked up and pleaded with her to demand action. Soon after, the matter was resolved, with some help from the police and the chicken was allowed to go home with its owner.