Alien Sighting In Jharkhand? The Truth Behind This Viral Video 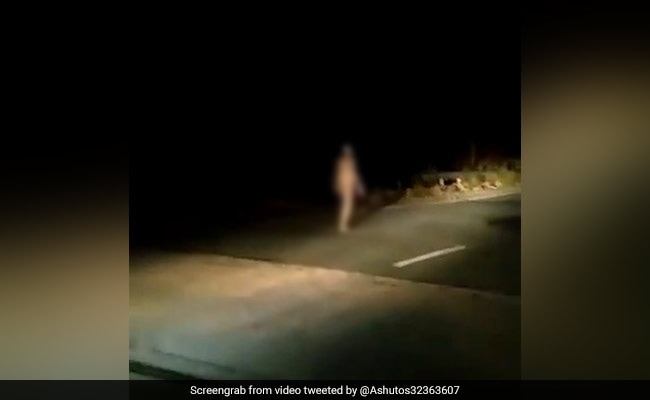 A video going viral shows a strange figure walking down a road at night.

A video from Jharkhand that has created quite a stir online appears to show a strange figure -- which some claim is an alien -- walking on a road at night. The footage first emerged online a few days ago and has since gone viral on social media. A number of viewers have speculated that the footage shows an alien or some other mysterious creature - baseless theories that only gained traction when the video was picked up by several news outlets and even reached international media. UK-based news website Ladbible described the figure as a "strange humanoid", while Ekta Kapoor shared the video on Instagram and said it was "scary".

Over the last few days, the clip has been widely circulated on social media and over messaging platforms like WhatsApp, with claims that it was filmed in Jharkhand's Hazaribagh. Some viewers even managed to spot a "UFO" in the clip and tagged NASA.

You can watch the video here.

While the sight of a lanky figure walking down a dark road alone certainly presents a strange spectacle, the truth is that there is nothing supernatural or otherworldly about the video.

Jan Doot News, a local news channel, interviewed the two men who filmed the video, and they confirmed that the figure is actually a woman walking naked at night.

Deepak, one of the men, said he and his friend were returning to Seraikela when they spotted the strange woman walking naked. While they were initially scared by the sight and continued on their way, they returned a few minutes later to film the woman.

"It was a lady walking down the road without clothes... The clip circulating online is 30-second long, I have the full video of one and a half minutes," said Deepak in Hindi.

Alt News reached out to Deepak for more details and learned that the video was not filmed in Hazaribagh, as has been widely claimed online, but in Seraikela in Kharsawan district.

"We were returning to Seraikela from Chakradharpur after attending a funeral of a friend's mother. We got scared when we first saw the woman and stopped at a shop near the highway. When a few others reached the spot, we asked if they too saw the woman. She was not a witch. She was a woman and this was also confirmed by other passers-by," said Deepak.

He added that the video was filmed on April 27.

It is not clear why the woman was walking unclothed. Seraikela sub-inspector Mohammad Noushad told Alt News that the matter is under investigation.