Alexandria Ocasio-Cortez Killed It While Playing 'Among Us'. Watch Her As Imposter

Alexandria Ocasio-Cortez was the imposter in 'Among Us' 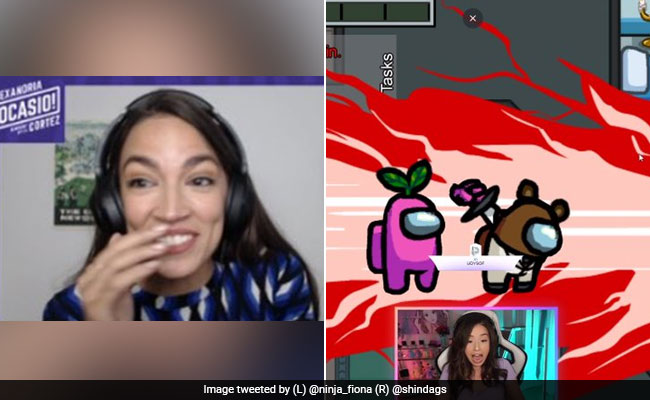 Alexandria Ocasio-Cortez played 'Among Us' on Tuesday.

US Congresswoman Alexandria Ocasio-Cortez nearly broke the Internet on Tuesday night as she live-streamed the hit video game 'Among Us' on Twitch. A rising star of the Democratic Party, AOC, as she is often referred to, played 'Among Us' with fellow Democratic congresswoman Ilhan Omar and YouTube personalities like Pokimane, Jack Septic Eye and Hasanabi, reports the Huffington Post.

The 31-year-old Congresswoman live-streamed the game to encourage young Americans to vote in the upcoming election.

She announced that she would be playing the game in a tweet on Monday night, writing: "Anyone want to play Among Us with me on Twitch to get out the vote?" She also added that she had never played "but it looks like a lot of fun."

For someone who has never played the game before, Ms Ocasio-Cortez sure killed it... quite literally. She was assigned the role of an imposter - whose job in the viral video game is to go around killing crewmates.

According to a Forbes report, about 7 lakh people tuned in to Twitch to watch AOC play 'Among Us'.

.@AOC is playing Among Us with @pokimanelol, @hasanthehun, @DrLupo and @IlhanMN to help people make voting plans. pic.twitter.com/SJq9TZzv7B

Twitter, too, was flooded with posts about the game, for which Alexandria Ocasio-Cortez chose a pink skin with a plant hat.

AOC just did the most amateur kill ever and im howling laughing at the fact she got away with it pic.twitter.com/NV01ZJf5Bt

highlights from the @AOC among us stream - my love for this woman knows no bounds ???? https://t.co/aZErKVAlVwpic.twitter.com/OCa06KMuob

Among Us is an online multiplayer game developed by InnerSloth. The game takes place in a space-themed setting, with a maximum of three imposters in a playing group of 10. The objective of the game is for crewmates to do various tasks to keep their spaceship afloat while the imposter or imposters go around killing the crewmates and sabotaging the tasks.

The game became a sleeper hit this year, exploding in popularity and garnering a huge online following.