The caption of the video when translated into English reads, "A mother is a mother after all." 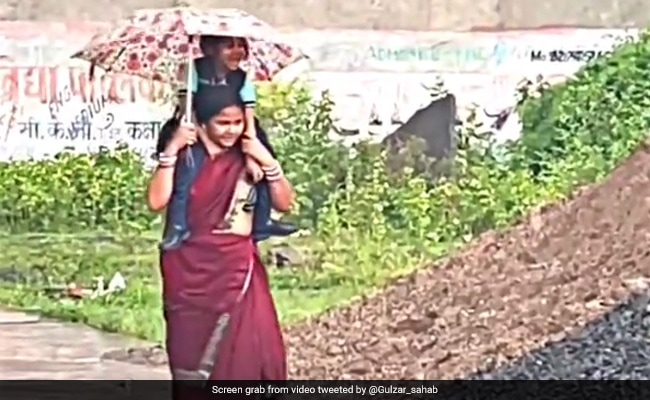 The video has amassed more than 59,000 views on Twitter

Mother's love is unconditional and eternal. Now, a video of a mother carrying her daughter on her shoulders while it was raining has gone viral on the internet. Posted by a page called Zindagi Gulzar Hai on Twitter, the heartwarming video is unmissable.

The 18-second clip shows a mother dressed in a saree walking barefoot while carrying her child on her shoulders while it was raining. The best part, she carried an umbrella in one hand so that her child doesn't get soaked in the rain. Adorable, right?

The caption of the video when translated into English reads, "A mother is a mother after all."

So far, the video has amassed more than 59,000 views on Twitter. The internet simply loved the bond of this mother-daughter duo. A user commented, "Personification of love." Another user wrote, "Heart-touching." The third user wrote, "Mother's love is unconditional."

Meanwhile, a mother's reaction to her daughter's pregnancy announcement is going viral on the internet. In the video, the elderly woman is seen opening a box while the other one - who was later revealed to be her daughter - stands near the slab. On opening the box, she notices a baby cloth and has a surprising reaction. As the daughter smiles and nods her head in confirmation of her pregnancy, the grandmother-to-be jumps in excitement. She is overjoyed by the news and hugs her pregnant daughter. Later, the dog also joins them and the super excited grandmother-to-be shares the news with the furry animal too.

The video was shared by Reddit user Annie. The caption of the video reads, "Telling my mom (who has been DESPERATE for a grand baby) that I'm pregnant."