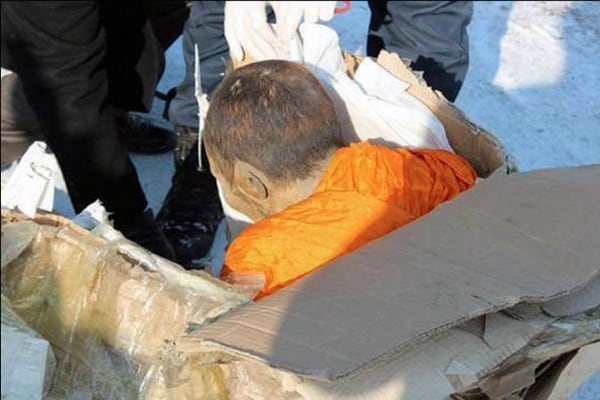 A Mongolian Buddhist monk, about 200-years-old, was found in Songino Khairkhan province on January 27th. He is believed to be in 'deep meditation' and 'not dead'. According to The Siberian Times, the monk was covered with cattle skin and was found in the cross-legged lotus pose. Not only was he still in the sitting position but his open palms seem to be placed on top of each other in the 'dhyaan mudra'.

Famous Buddhist monk and doctor to the Dalai Lama, Dr Barry Kerzin, believes that the monk is in tukdam, which is one of the deepest stages of meditation.  'I had the privilege to take care of some meditators who were in a tukdam state. If the person is able to remain in this state for more than three weeks - which rarely happens - his body gradually shrinks, and in the end all that remains from the person is his hair, nails, and clothes. Usually in this case, people who live next to the monk see a rainbow that glows in the sky for several days. This means that he has found a 'rainbow body'. This is the highest state close to the state of Buddha', says Dr Kerzin. 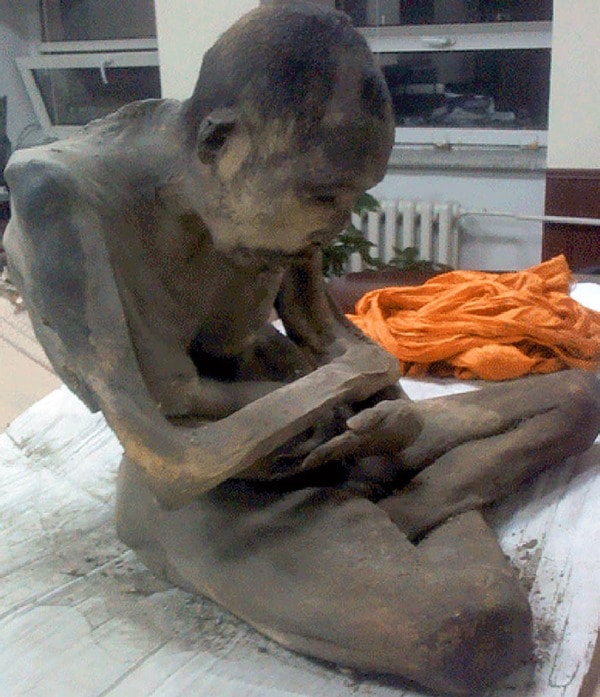 Local papers report that the monk was found in a cave in the Kobdsk region by a man, who first hid the mummified monk at his home in Ulan Bator, the capital of Mongolia. The man who is as of now only known by his first name - Enhtor, had been planning to sell off the mummy in the black market when the local police caught wind of his plan and arrested him.

While the monk is currently in the custody of the National Centre of Forensic Expertise, Enhtor faces five to 12 years in prison or a fine of up to $43,000, if found guilty of smuggling heritage property under Mongolian law.

Speculations are rife that the mummified monk may be the teacher of the 12th Pandito Hambo Lama Dashi-Dorzho Itigilov (1852 - 1927), whose body was also found in a life-like meditative state. However in his case, it is said that Dashi-Dorzho who had instructed his followers to exhume his body 30 years after his death. His followers had found his body in the lotus position, barely having suffered any decay.