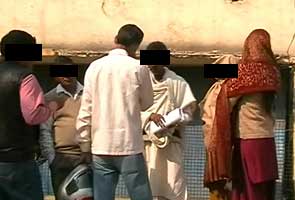 Noida: A man was on Monday booked for allegedly losing his wife during gambling in Nehru Nagar area in the Ghaziabad district, police said on Monday.

According to the complaint lodged by the woman, the accused lost her in gambling ten days ago following which the fellow gamblers reached her residence to abduct her, she said.

However, she managed to flee from the spot and later filed a complaint against her husband at the Jarcha police station in Noida.

"My husband lost me in gambling. A neighbour I had confided in informed my parents. My father came and took me home. My husband visited me thrice, and I ultimately agreed to patch up with him against my family's wishes," the woman said.

"But my husband continued to abuse me. Once he pushed me off the staircase," she said.

She alleged that after few months of marriage, the accused even asked her to have a sexual relationship with her brother-in-law to which she refused only to get beaten up badly at his hands.

Further investigations are on into the case, they added.

Coronavirus Lockdown: Noida Man Shot At After He Coughs During Ludo Game