Road Deaths On UP's Yamuna Expressway In 2019 "Highest Ever": Report

The 165-km-long road stretch that connects Delhi and Agra has seen 357 accidents, injuries to at least 822 people and death of 145 others till July 31 this year, as per the data obtained via the Right to Information (RTI) Act by Agra-based lawyer Krishna Chand Jain. 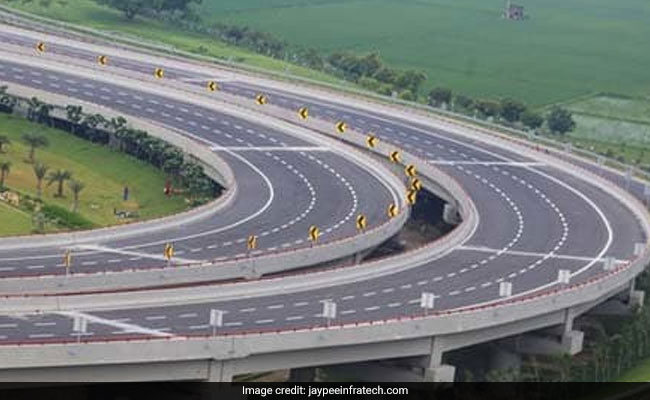 The Yamuna Expressway in Uttar Pradesh witnessed over 150 deaths in road accidents this year so far, the maximum ever since it got operational in 2012, according to official data.

The 165-km-long road stretch that connects Delhi and Agra has seen 357 accidents, injuries to at least 822 people and death of 145 others till July 31 this year, as per the data obtained via the Right to Information (RTI) Act by Agra-based lawyer Krishna Chand Jain.

Press Trust of India had earlier reported three road accidents in August and September in which nine people, including three college students, lost their lives on the expressway in Greater Noida, taking the death toll this year so far to 154.

On September 13 this year, a group of college students met with an accident on the expressway in Greater Noida, resulting in the death of three of them. On September 10, two men died at the Zero-point after their motorcycle crashed, while four IT professionals lost their lives at the same spot on August 18 when their SUV crashed.

Safety on the Yamuna Expressway became a major concern when 29 people died after their bus veered off the road and plunged into a drain on July 8. The incident had occurred in the Agra sector of the expressway.

Most of the accidents are caused because of over speeding or tyre busting, the YEIDA said.

The YEIDA said it has taken multiple measures to control the rising number of accidents and fatalities on the highway, which puts a maximum speed limit of 100 kmph on cars and small vehicles, while 60 kmph on buses, trucks and other heavy vehicles.

"We have installed metal crash barriers in the median at suitable locations, rumble strips at regular intervals, retro-reflective warning boards, retro-reflective hazard boards, reflective road studs at railings, delineators as precautionary measures," the YEIDA said in response to Mr Jain's query on measures taken by it to check accidents.

Built at a cost of Rs 12,839 crore by Jaypee Infratech, the 165-km-long road stretch was opened for commercial operations in August 2012.