Muzaffarpur shelter home: Over 40 girls were sexually exploited at the shelter home in Bihar. (File)

The Central Bureau of Investigation (CBI) probing the sexual abuse of minor girls at a shelter home in Muzaffarpur has found a human skeleton - believed to be remains of one of the victims - at a cremation ground in the district's Sikandarpur area. The CBI team was led to the cremation ground by main accused Brajesh Thakur's driver, who broke down after sustained interrogation.

Over 40 girls were sexually exploited at the shelter home; one girl was allegedly killed and later buried to cover up the murder.

The CBI officials, along with Forensic Science Laboratory (FSL) team, reached the cremation site on Wednesday afternoon and monitored the excavation, news agency ANI said. The skeleton exhumed from the cremation ground has been taken by the investigating team for further examination. The probe team is most likely to take Brajesh Thakur on remand for further interrogation following the DNA report, which was carried to ascertain the identity of the remains.

Some of the inmates in the government-funded shelter home run by Brajesh Thakur's NGO Seva Sankalp Ewam Vikas Samiti (SSEVS) have alleged that some of their fellow inmates were killed and buried after rape, officials said.

The local police had carried out digging at the location identified by the girls but could not find anything, they said. 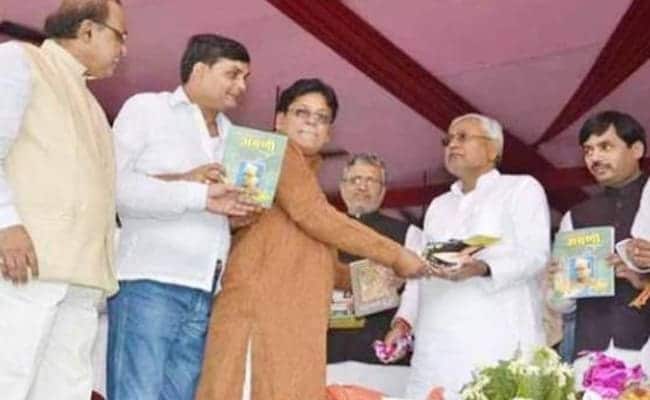 The opposition has accused Bihar Chief Minister Nitish Kumar of being close to Brajesh Thakur.

Besides Thakur, the agency had taken into custody Rosy Rani, assistant director in the social welfare department, staff members Guddu, Vijay and Santosh.

The agency has frozen 20 bank accounts of Thakur besides any kind of transaction of his movable and immovable properties have been barred, they said.

The Supreme Court had on September 20 vacated a Patna High Court order restraining the media from reporting on the probe into the shelter home case where several minor girls were allegedly raped and sexually abused over a period of time.

The matter came to light through a report submitted by Mumbai-based Tata Institute of Social Sciences (TISS) to the social welfare department. A CBI probe was recommended by the Bihar government on July 26 after Opposition parties alleged culpability of people close to Chief Minister Nitish Kumar.

His social welfare minister Manju Verma had to resign in August after it was disclosed that her husband had spoken to Thakur several times between January and June this year.