Complaint Against Activist For Drying Underwear Outside Office In UP

I am not going to stop my struggle against corruption no matter what they do, That underwear was not even mine, activist Vijay Singh said. 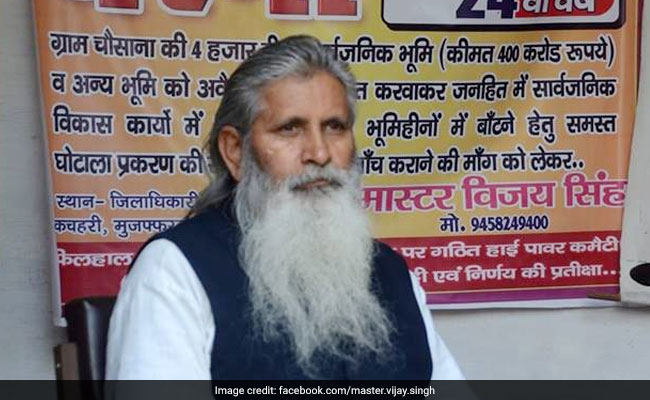 A complaint was registered against activist Vijay Singh, who has been on a sit-in strike against corruption and land mafia in the district for the last 24 years, for allegedly hanging underwear to dry in open outside the collectorate office.

The complaint was registered under Section 509 (insult the modesty of a woman) of Indian Penal Code (IPC) on September 18.

District Magistrate Selva Kumari had recently ended the sit-in forcefully, following which Singh has started a protest on Shiv Chowk.

"I am not going to stop my struggle against corruption no matter what they do. That underwear was not even mine. It belonged to another person living near me, who has also submitted an affidavit to the Senior Superintendent of Police (SSP) in the matter," Singh said.

According to former Muzaffarnagar Bar Council President Satyaprakash Tyagi, the FIR was filed by a man, whereas only a woman can file an FIR under the section invoked.