The investigation in the case is at preliminary stage as the revelation made by the accused is to be verified, and the known as well as unknown accused need to be traced and apprehended, the probe agency said. 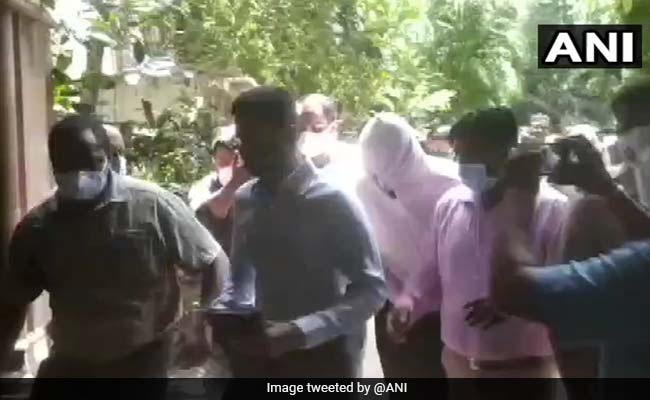 The accused, Zaid Vilatra (21), was produced before a metropolitan magistrate court today.

A Mumbai court on Thursday remanded an alleged contraband dealer, arrested in connection with the drugs trafficking case linked to the case of actor Sushant Singh Rajput's death, in the custody of the Narcotics Control Bureau (NCB) till September 9.

The accused, Zaid Vilatra (21), was produced before a metropolitan magistrate court which remanded him in NCB's custody for seven days for further probe in the case.

The agency told the court that Vilatra has revealed names of many persons to whom he supplied drugs. His custodial interrogation was "most essential and crucial" as it maylead to the main player in the drug field, it said.

The NCB further said it is "investigating the drug angle in the case of Rajput's death and therefore, it is highly substantive and needs to be investigated throughly so as to uproot the drug citadel in Mumbai, and especially Bollywood".

The investigation in the case is at preliminary stage as the revelation made by the accused is to be verified, and the known as well as unknown accused need to be traced and apprehended, it added.

Later, talking to reporters, Vilatra's lawyer Taraq Sayyed said he has filed an application before the court, claiming his client has not given any voluntary statement to the probe agency and that they (NCB) have taken his statement by force.

The NCB on Wednesday said it arrested Vilatra and one Basit Parihar in connection with the drug trafficking case linked to the Rajput death case.

Indian currency worth Rs 9,55,750 and foreign currency (USD 2,081, 180 British Pounds, 15 dirhams), which the NCB claimed are "proceeds of drug peddling", were recovered from Vilatra, officials said.

"Zaid disclosed that he runs an eatery in Bandra which was not giving any pecuniary gains since lockdown. He also disclosed that he is into drug peddling, especially bud, through which he used to earn a substantial amount of money," the NCB said.

Vilatra came under the scanner after the NCB arrested two persons -- Abbas Lakhani and Karan Arora -- in another narcotics case on August 27-28 in Mumbai and recovered a bud consignment from them. Lakhani had "linkages" with Vilatra, the probe agency earlier claimed.

Parihar, a resident of suburban Bandra, is "learnt to have linkages" with the narcotics case registered against Rajput''s girlfriend and actress Rhea Chakraborty and others, the officials said.

The role of the actress''s brother Showik Chakraborty and his purported links with people arrested by NCB are under the scanner of the agency, they said.

Sushant Singh Rajput, 34, was found dead in his apartment in Bandra on June 14.

Rhea Chakraborty is the main accused in the case of Rajput''s death that is being probed by the NCB, the Enforcement Directorate (ED) on money laundering charges and the Central Bureau of Investigation (CBI).

The NCB filed a case under the Narcotic Drugs and Psychotropic Substances (NDPS) Act after the ED shared with it a report following the cloning of two mobile phones of Rhea Chakraborty.

According to the officials, the mobile phone chats and messages indicated procurement, transportation and consumption of drugs and these leads were shared by the Enforcement Directorate with the NCB and the CBI.