Video Of Dolphins Off Mumbai Coast Is Viral Amid Coronavirus Lockdown

On Sunday actress Juhi Chawla posted a video of dolphins on Twitter, saying "it seems dolphins were sighted just off the shore..." 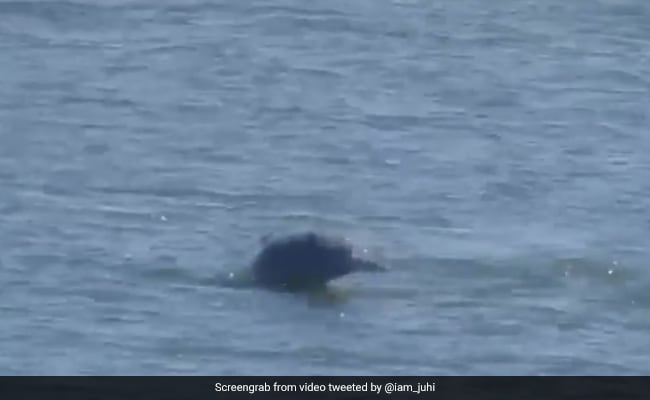 Videos of dolphins, apparently swimming near Mumbai seashore, have gone viral on social media, with some attributing the phenomenon to lack of fishing activity recently owing to the coronavirus situation.

Actress Juhi Chawla posted a video of dolphins on Twitter, saying "it seems dolphins were sighted just off the shore..."

The air in Mumbai is so nice, light and fresh ..!!! I can't believe it ????... and it seems dolphins were sighted just off the shore near Breach Candy club ..!!! This shutdown of cities is not so bad after all #CoronavirusPandemicpic.twitter.com/t94vhFyPRy

Another viral video, apparently shot from the NCPA Apartments along the Arabia Seashore in south Mumbai, featured a pod of dolphins along the coast.

"These dolphins, known as Indian Ocean Humpback dolphins are very much part of Mumbai coastal line and have been spotted frequently in the last few years," said Shaunak Modi.

As per another theory being floated, the state coastline has not seen any major fishing activity in last some days due to growing concerns towards Covid-19, and also the movement of large ships at ports like JNPT is limited, which may have led dolphins to make an appearance along Mumbai coast.