This Mumbai-Based Pilot's 'Make In India' Dream Is In Jeopardy

Amol Yadav built the prototype without any help from the government and invested four crores from his pocket in developing the airplane. 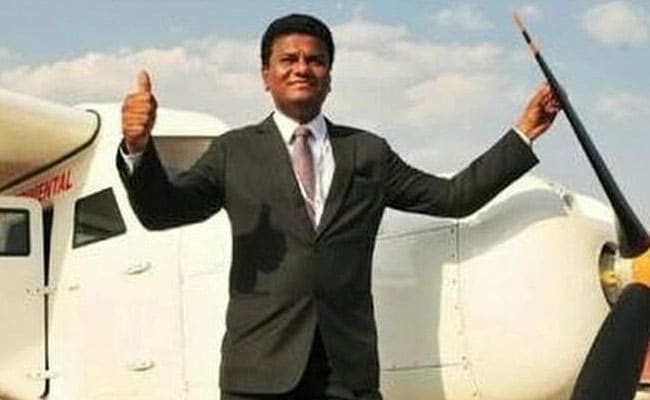 Amol Yadav is planning to complete his plane's registration from a foreign country.

Mumbai: A Mumbai-based pilot who was a proud example of the government's Make In India moment by building a six-seater airplane on the roof of a building, is a disappointed man now. His airplane was on display through the Make in India initiative in Mumbai. But the test flight is pending for the last six years because he hasn't got permissions from the Ministry of Civil Aviation and the aviation regulator, Directorate General of Civil Aviation or DGCA. The disappointed pilot, Amol Yadav is now planning to complete the plane's registration from a foreign country.

"If I have to register my Indian plane, which is the property of India, in America, then it's a fault of some people in DGCA. They don't value the creation because they themselves have no idea about it and that's why they aren't accepting it. This behaviour of theirs is damaging the entire country. They haven't registered a single plane in the past 70 years; we should ask them the reasons behind this," he told NDTV.

Mr Yadav's endeavour has not come without challenges. He built the prototype without any help from the government and invested four crores from his pocket in developing the airplane. To do that, he had to sell one of his houses. But now he says there is little hope of him being able to test the aircraft in India.

"If you see American rules and regulations, they have clearly mentioned that we don't give design approvals anyway because it's an experiment and that's why for an experiment they cannot put any restrictions. If you put restrictions then how will anyone carry out experiments?" Mr Yadav asked.

The government had signed an agreement with Mr Yadav but now the government seems helpless as the pilot says the DGCA is delaying trial runs of his plane by denying him permissions to test it in flight.

Promoted
Listen to the latest songs, only on JioSaavn.com
"They have brought a new draft of rules and in this draft they have changed conditions. When I applied in 2011, they had set 1,600 kilograms limit on the plane weight, but in the new draft, now they have put a limit of 1,500 kilograms and now they say we won't accept and register any plane above 1,500 kilograms weight. What kind of games are these government officials playing?" Mr Yadav asked.

The DGCA did not respond to NDTV's queries on the matter.