Earlier this year, Saira Banu approached the police and lodged a complaint against Bhojwani who claimed ownership of Dilip Kumar's plots. 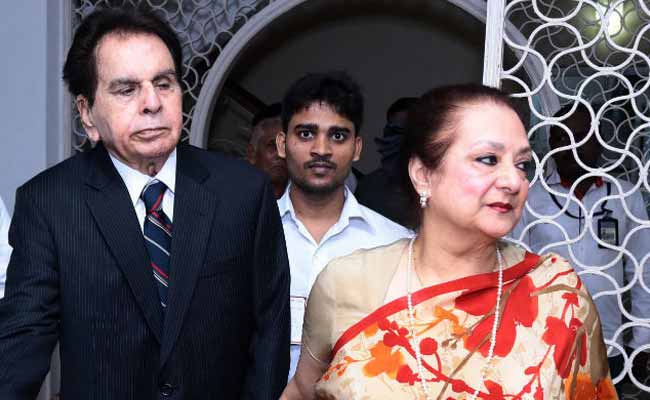 Dilip Kumar and Saira Bano's bungalow is located in the upscale Pali Hill area of Bandra.

Following the release of builder Samir Bhojwani, who had falsely claimed ownership of the two plots on which Dilip Kumar's bungalow was built, the legendary actor's wife Saira Banu Khan has requested to meet Prime Minister Narendra Modi to discuss the issue.

The 96-year-old actor's bungalow is located in the upscale Pali Hill area of Bandra.

Earlier this year, Ms Banu had approached the police and lodged a complaint against Bhojwani.

In January, the Economic Offences Wing (EOW) of the Mumbai Police had registered a case of cheating against the builder for allegedly trying to grab the bungalow of the veteran actor. The police officials suspected that Bhojwani forged certain documents to grab the property.

After the offence was registered, a team of EOW sleuths raided Bhojwani's residence in Bandra from where they seized weapons, including knives and daggers. Bhojwani was arrested by EOW in April this year.