The operation was part of a drill carried out by security agencies at the 25-storey RBI building in south Mumbai. 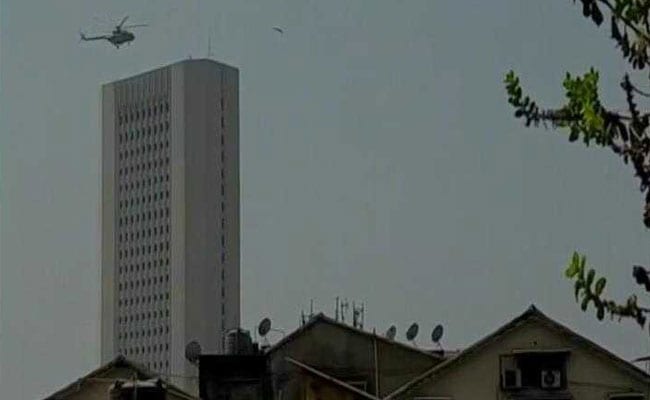 The operation was part of a drill carried out by security agencies at the RBI office in south Mumbai.

A helicopter hovered just a few metres above the imposing headquarters of the Reserve Bank of India (RBI) as commandos came slithering down a line much to the amazement of onlookers in Mumbai on Thursday.

The operation was part of a drill carried out by security agencies at the 25-storey building in south Mumbai. Reports said the Indian Air Force and the National Security Guard (NSG) were involved.

As part of the drill, security officials created a "hostage situation" where people had to be evacuated from a particular floor in the RBI building, sources told news agency PTI.

The entire operation, involving multiple agencies, was planned to the last detail, they said.

There are various kinds of security and fire drills that are conducted on a regular basis and this was a specific one which involved the use of helicopters, they added.

During the November 2008 terror attack in Mumbai, commandos of the NSG had used helicopters and climbed down ropes on the Chhabad House, one of the three sites of attack, and killed the terrorists holed in.

As part of Thursday's drill, a chopper hovered close to the roof of the RBI building in the high security area, taking witnesses by surprise.

RBI sources said it was a drill carried out by the central bank's in-house security department with the help from other agencies.