"No Question Of Financial Gain" In Government Project Given To Family-Run Firm, Says Mumbai Top Cop

The project, awarded by the previous BJP government in Maharashtra before the assembly elections in October last year, did not take off due to some technical issues, an official added. 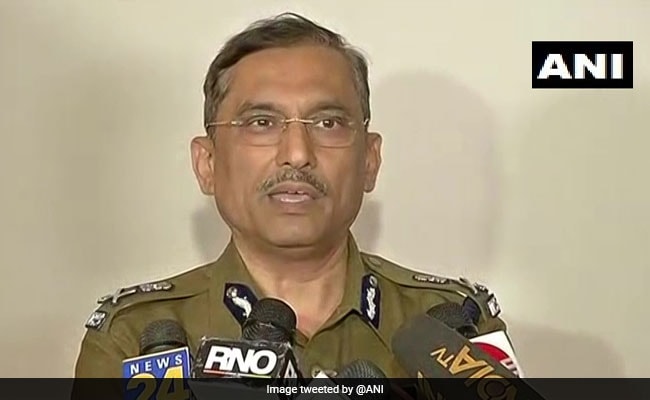 Mumbai Police Commissioner Sanjay Barve on Wednesday acknowledged that a firm owned by his son and wife was given a project to digitise the city police's records but said the services were offered free of cost and there was "no question" of any financial gain.

The project, awarded by the previous BJP government in Maharashtra before the assembly elections in October last year, did not take off due to some technical issues, an official added.

The firm, CrispQ Information Technologies Pvt Ltd, offered its services "free of cost and there was no question of any financial gains to it", Barve told PTI.

"The company had offered its service pro bono and it was for the benefit of the Mumbai Police," he said.

When contacted, Maharashtra Home Minister Anil Deshmukh said he has sought details about the project.

A source in the previous Chief Minister''s Office (CMO) said many decisions are taken at the Mumbai Police level and this project was offered "free of cost".

The project to digitise the records was awarded to CrispQ Information Technologies for five years by the Devendra Fadnavis-led government.

The company is owned by Barve''s son Sumukh Barve and wife Sharmila Barve.

On September 30, 2019, the firm sent a proposal to the state government, offering "pro bono" (work undertaken voluntarily and without payment) services to provide a paperless office system to the Mumbai Police through a software called Notesheet Plus, an official said.

A copy of the proposal was marked to the Chief Minister''s Office (CMO), he said.

Records, complaints and service documents of Mumbai Police personnel were to be digitised with the help of the software, the official explained.

The proposal was approved by the government as the company was going to do the work for free, and the Mumbai Police Commissioner''s office was also directed to finalise the number of units and files for the digitisation work, he said.

However, the project did not start due to some technical issues, he added.

The software, which was offered to be used by the company, is free and there is no question of any financial gains to the firm, Barve said when contacted.

Barve retires from service on February 29.

(This story has not been edited by NDTV staff and is auto-generated from a syndicated feed.)
Comments
Mumbai Police Commissioner Sanjay BarveSanjay Barve Family Firm