The Congress said Sanjay Barve was to retire on August 31 but was given extension on August 29 as a "special case". 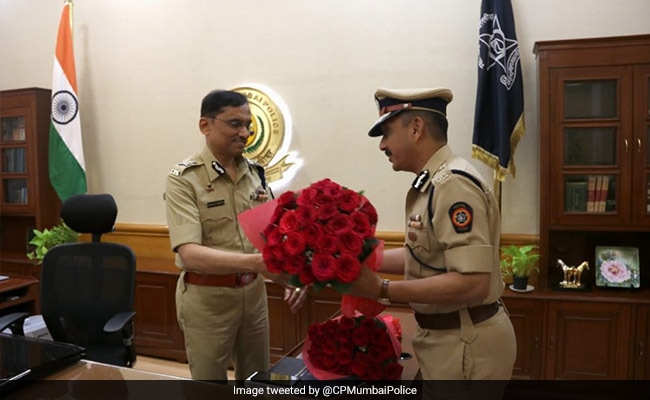 Mumbai Police Commissioner Sanjay Barve has been given a three-month extension. (File)

The Congress in Delhi today lodged a complaint with the Election Commission (EC) against the three-month extension to Mumbai Police Commissioner Sanjay Barve and said he should be retired immediately as the Union Home Ministry's decision ahead of Maharashtra Assembly polls was a "violation" of EC guidelines.

The Congress said Mr Barve was to retire on August 31 but was given extension on August 29 as a "special case". It was a violation of the EC guidelines and warranted immediate exercise of powers under Article 324, it said.

Maharashtra, ruled by the BJP-Shiv Sena combine, will go to polls on October 21.

Mr Barve, a 1987 batch IPS officer, was appointed the Mumbai Police Commissioner on February 28. "It's quite suspicious that the MHA has made a special case for granting extension to Barve at such a sensitive time," the Congress said.

The Congress cited the EC's January order on officers retiring within six months of commencement of elections. "In light of that, we request the commission to use its powers under Article 324 of the Constitution and address the issue by passing directions to the State Election Commission to take immediate necessary steps to ensure integrity of the upcoming elections," the Congress said.

It alleged the Bharatiya Janata Party was trying to use official machinery to sabotage the electoral prospects of opposition parties.