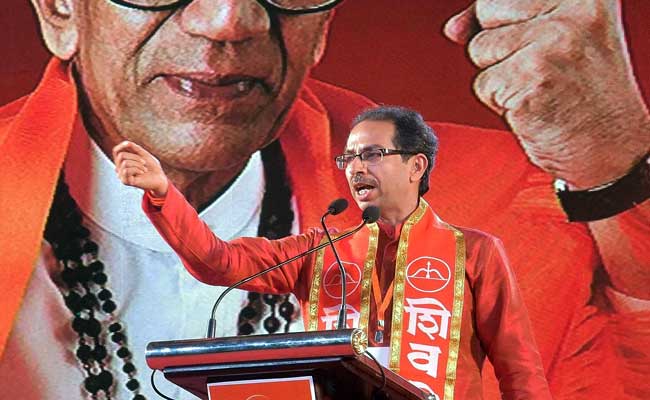 BJP MP Kirit Somaiya and MLA and Mumbai unit chief Ashish Shelar have in the past levelled "corruption charges" against the civic body.

"BMC ensured less flooding in this year but nobody praised it. It has undertaken several development works, but nobody seems to be talking about it. Nobody praised the BMC during monsoon because roads were blocked for comparatively less time. Comparatively, the dengue outbreak was also under control in the city. Still, some keep levelling allegations of corruption in BMC," said Mr Thackeray.

According to the Sena chief, the civic body is proudly utilising its space for providing more health labs, services and improving the quality.

BMC is spending almost Rs 3,500 crore every year only on health budget, he added.

Promoted
Listen to the latest songs, only on JioSaavn.com
Commenting on Maharashtra government's decision to insert 'Maharaj' in the name of Chhatrapati Shivaji Terminus and Chhatrapati Shivaji International Airport, he said, "I would urge to the youth of doing away with abbreviations when you take the name of the station or the airport. Instead of saying CST, the full name should be used in daily usage."