At least 10 double-decker e-buses will be rolled out on January 14, 2023 and the fleet will be gradually increased to 50 in the first phase, BEST general manager Lokesh Chandra said. 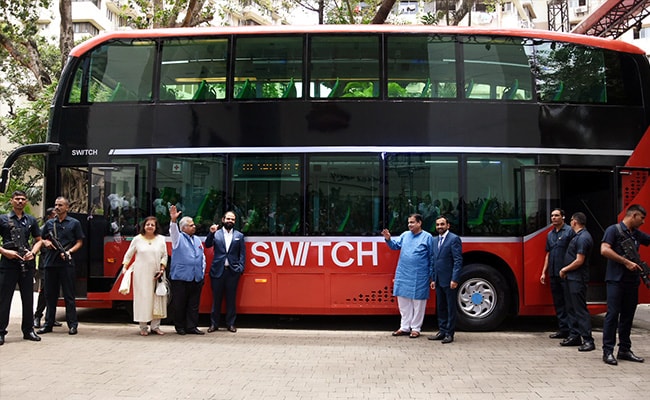 The Brihanmumbai Electricity Supply and Transport (BEST) will launch its premium e-bus service this month and roll out double-decker e-buses in January 2023, an official said.

The approvals for double-decker e-buses are in the final stages and will be completed soon, BEST general manager Lokesh Chandra told media persons on Friday.

At least 10 double-decker e-buses will be rolled out on January 14, 2023 and the fleet will be gradually increased to 50 in the first phase, he said.

Later this month, the BEST has decided to launch its premium single-decker e-bus services, for which passengers will be able to reserve their seats through an app, the official said.

The transport authority also plans to start taxi services with 500 electric vehicles by June next year and has already floated tenders for it, he said.

People can book these cabs through Chalo app, which is currently being used for ticketing and live tracking of its buses, the official added.

The BEST provides bus service to Mumbai and its surrounding areas, and has a fleet of around 3,500 buses, including more than 400 e-buses.

The transport authority has 45 non-AC double-decker diesel buses in its fleet. But they will be gradually scrapped in 2023-24, on completion of their codal life.