Mumbai Rains: As the wall collapsed, water accumulated on its other side gushed into the adjacent shanties. Ayush, his parents and several other residents got washed away, while some others got trapped under the debris. 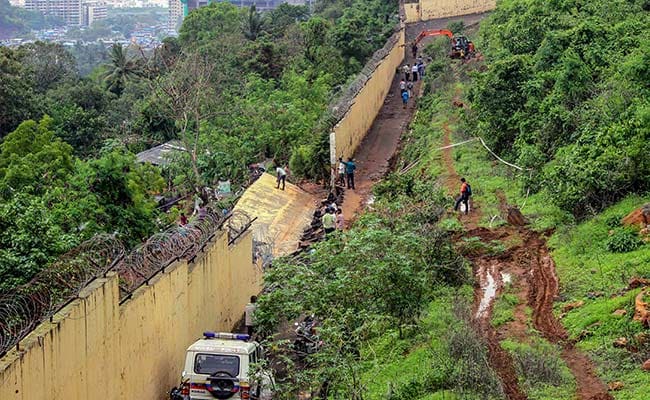 It was a miraculous escape for six-month-old Ayush Sharma, who was sleeping with his parents when a wall came crashing down on their shanty at Pimpripada in Malad in the wee hours on Tuesday.

As the wall collapsed, water accumulated on its other side gushed into the adjacent shanties. Ayush, his parents and several other residents got washed away, while some others got trapped under the debris.

"We were asleep with Ayush in our house. Before we could understand anything, we found ourselves being washed away due to the sudden flow of water. Me and my wife tried to hold on to each other and our child, but the strong current turned us helpless and we got separated after some time," Ayush's father Uttam Sharma (25) said.

"But luckily, Ayush was found alive around half a km from the hut later. It was nothing but a miracle. My wife also survived," he added.

However, Ayush's grandfather and his aunt were not as fortunate.

"They died after getting trapped under the debris," Mr Sharma said in a choked voice.

Although Ayush was not hurt in the incident, his parents received minor injuries and are currently undergoing treatment in different civic-run hospitals.

Meanwhile, officials said that the number of dead in the incident has gone up to 26. Around 72 people are undergoing treatment, while 23 were discharged from hospitals.

Activists have demanded action against the officials who supervised the construction of the 20-feet-high wall that caved in. They alleged that the design of the wall was faulty and therefore it collapsed within three years and could not withstand the flow of water.

Considering the demands, the Brihanmumbai Municipal Corporation (BMC) has promised to inquire into the incident and take action against the officials if found guilty.

The state government and the BMC each have announced compensation of Rs 5 lakh to the kin of each deceased.