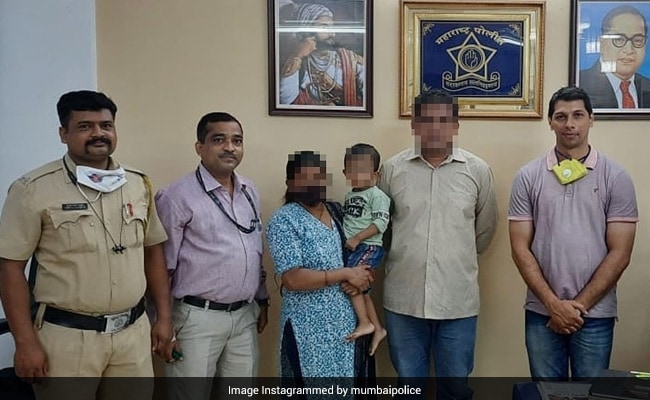 Mumbai Police shared a photograph of the family on Instagram.

A man who had uploaded his “parting words” on WhatsApp was saved after his wife alerted cops of the status update, Mumbai Police announced on social media today. The police said that the man had put out his final thoughts as a WhatsApp status and his wife, alarmed by the status update, informed the cops and sought their help to find her husband. Police found the man at Mumbai's suburban Ghatkopar railway station, and took him home safely. "He was safely returned to his family & was counselled," police said in its post.

Mumbai police shared about the incident on Instagram on Friday and titled the post, “Status Update: Safe.” It accompanied an image that showed the man and his family with Mumbai police officers. The identity of the family has been protected.

The timely action by the Mumbai Police is being applauded by many people.

“Congratulations to the family and huge respect to the officers who saved a precious life,” commented Rohan Kadam, praising the efforts of Mumbai and Maharashtra police officials.

Another person named Adil Mistry said it was very unfortunate that millions of people have to go through such difficulties in life. “Wishing the person peace and happiness and prayers he gets out of this difficulty,” the user added.

Several others praised the police officers but a few of them also pointed out that the officers in the photograph did not wear a mask, given that Mumbai is recovering from a devastating second wave of the coronavirus pandemic.