Mumbai Plane Crash: The chartered plane with four people on board crashed into a construction site in Mumbai's Ghatkopar area. 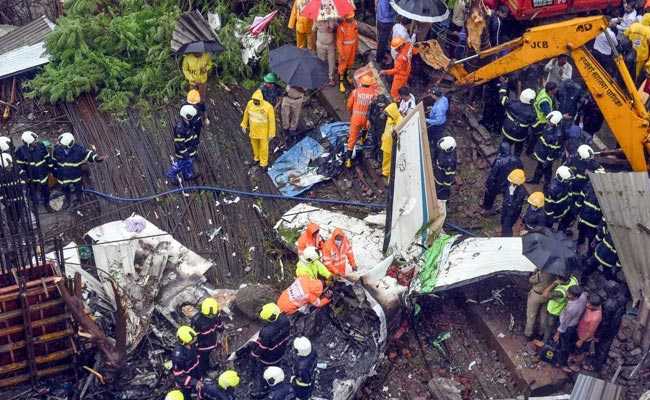 Images that were posted on Twitter soon after the crash showed flames and thick, black smoke rising from the wreckage. The plane is a Beechcraft King Air C90 turboprop. Several fire engines were rushed to the site. The plane crash in Mumbai is the second such incident in Maharashtra this week. A Sukhoi jet on test flight crashed in Nashik on Wednesday.

Here are the updates of the Mumbai plane crash:

Jun 28, 2018 15:27 (IST)
The Directorate General of Civil Aviation (DGCA) said it was sending a team to investigate the cause, adding that the aircraft was owned by a private operator who had purchased it from the Uttar Pradesh state government, news agency AFP reported.
Jun 28, 2018 15:24 (IST)
The DGCA later confirmed that five people were killed in the crash.
Jun 28, 2018 14:41 (IST)

Two pilots, two Aircraft Maintenance Engineers on board & one person on ground are dead in the Mumbai chartered plane crash: Directorate General of Civil Aviation 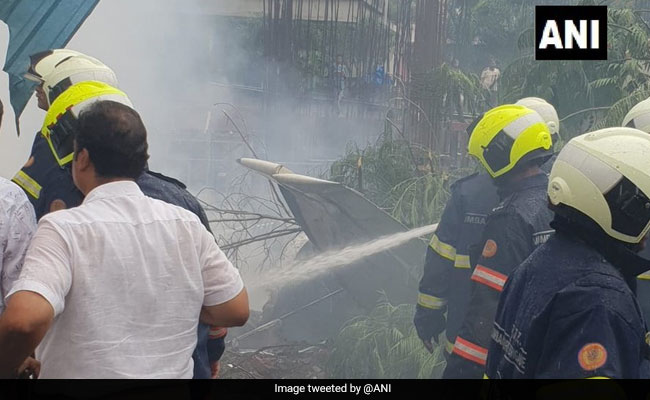 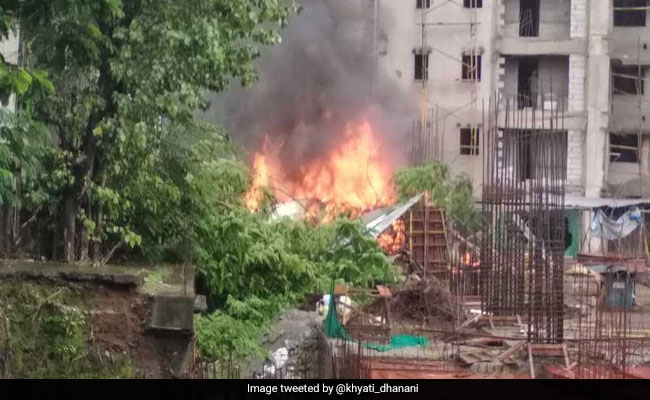 The plane was about to land when it crashed near Sarvoday Nagar in Ghatkopar.