Mumbai Plane Crash: Pilot Saved Many Lives At Cost Of Her Own, Says Ex-Minister Praful Patel

The crash site was near to buildings under construction, so there were very few people there at the time. 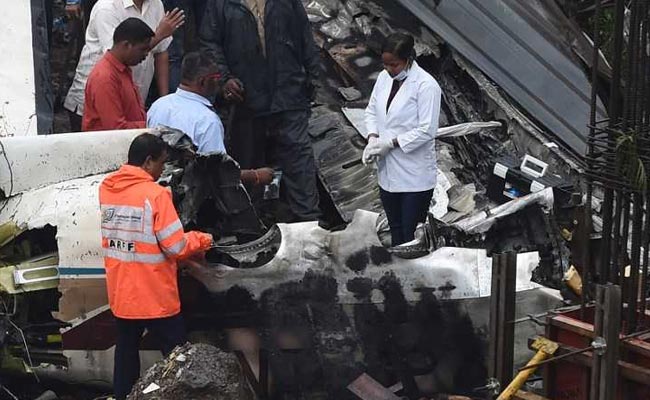 Praful Patel praised the pilot, saying she had avoided a bigger tragedy at the cost of her own life.

The plane took off from the Juhu Aerodrome for a test flight, with two pilots and two maintenance engineers. It crashed a little after 1 pm, killing all four on board and a man on the ground.

The crash site was near to buildings under construction, so there were very few people there at the time.

Facing engine trouble, the pilot wanted an emergency landing on the main runway of the Mumbai airport instead of heading to Juhu Aerodrome but crashed just a short distance from the airport.

Praful Patel praised the pilot, saying she had avoided a bigger tragedy at the cost of her own life.

A fire brigade official said, "Our control room received a call at 1.15 pm informing a plane crash. Our jawans were immediately rushed at the site to launch the rescue operation. Four fire engines and as many water tankers were rushed to put out the fire."

Promoted
Listen to the latest songs, only on JioSaavn.com
The Directorate General of Civil Aviation sent a team to investigate what went wrong.

"The Aircraft Accident Investigation Bureau will conduct a detailed probe into the crash. A DGCA team is already on its way to the spot," Director General of Civil Aviation BS Bhullar was quoted as telling the Press Trust of India.