Mumbai: Over One Million Travelled in Metro in First 59 Hours 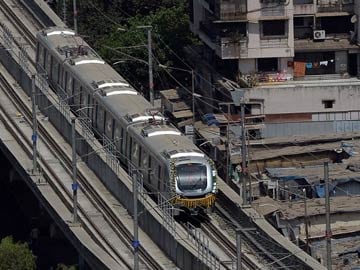 File photo of the trial run of the Mumbai metro

Mumbai: Over 10 lakh commuters travelled on the city's first Metro, which covers the 11.4 km-long Versova-Andheri-Ghatkopar corridor, in the 59 hours since the commencement of its services on June 8.

"Today, till 4.30 pm, metro has crossed the one million mark of ridership that it achieved within 59 hours of operation since inception of commercial operation," a release from Mumbai Metro One, an arm of Reliance Infrastructure, said.

This is the only Metro in the country that carries an average of 1,487 commuters per km per hour, it added.

"Precisely, it carries almost double the number of commuters every day as compared to Delhi Metro. This proves the overwhelming acceptance of Mumbai Metro by the people."

The company has offered a promotional fare of Rs 10 for the first 30 days irrespective of the distance travelled.
Promoted
Listen to the latest songs, only on JioSaavn.com