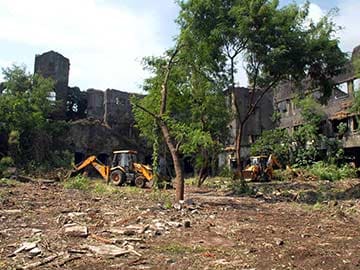 Mumbai: The Bombay High Court today raised questions about legal validity of the trial court's decision to frame an additional charge against the accused in the Shakti Mills gang-rape case involving a woman photojournalist after the accused were convicted.

The division bench of Justices N H Patil and Abhay Thipsay was hearing a petition filed by three of the convicts - Vijay Jadhav, Kasim Bengali and Mohammed Salim Ansari - challenging the sessions court's order of March 21.

As these three were also convicted in a telephone operator's gang-rape case, the prosecution, after their conviction for the photojournalist's rape, sought framing of charge under section 376 (e) of the Indian Penal Code, which provides for maximum sentence of death in the case of a repeat offence of rape.

This provision was added to the section 376 (rape) after the December 2012 Delhi gang-rape.

"Will the provision of the section 376 (e) be applicable if the judgements in two different cases are pronounced on the same day? Can a fresh charge be added or altered after the judgement is passed? If conviction was not handed over in the second case, then additional charge can be applied," the bench noted.

The High Court also sought to know why the trials of the two cases were held simultaneously. "What was the purpose of having both the trials together?" the court asked.

The matter would be heard further tomorrow.

Defence lawyer advocate Moin Khan sought a stay to the proceedings in the sessions court, but Justice Patil said, "It would not be proper to stay the proceedings at this stage. But it would be proper if it is conveyed to the special public prosecutor there to defer the proceedings for a day."

The three convicts have also challenged the constitutional validity of the section 376 (e).

"The section is unconstitutional and illegal. The sessions court passed the order allowing framing of additional charges without hearing the defence," said advocate Khan.

Advocate Aabad Ponda, appointed by the High Court as an 'amicus curie' (to assist the court), pointed out that under section 216 of the Criminal Procedure Code, once a judgement is pronounced, charges cannot be added or altered.

Public prosecutor Sandeep Shinde, however, contended that the sessions court had convicted the accused guilty in the second case of rape, but was yet to award sentence, which is also a part the of judgement.

Meanwhile, the sessions court, which had posted the hearing this afternoon for examination of witnesses over the fresh charge, adjourned proceedings to tomorrow (March 27).

After the sessions court allowed the addition of charge, the prosecution examined two witnesses. The defence lawyer however refused to cross-examine them and sought time to approach the High Court yesterday.

The 22-year-old photojournalist was raped by Jadhav, Bengali, Ansari, Siraj Rehman and a minor boy when she had gone to the Mills compound in the central Mumbai with a male colleague on an assignment on August 22, 2013.

Promoted
Listen to the latest songs, only on JioSaavn.com
The trio are also convicted and sentenced to life imprisonment for the gang-rape of an 18-year-old telephone operator which had taken place about a month earlier (July 2013), in the same Shakti Mills compound.

According to the prosecution, this qualifies them for punishment under the section 376(e).