A room situated inside a place of worship in Dadar was raided, leading to the confiscation of two kilograms of hashish and Rs 2.20 lakh cash, after which four people were arrested. 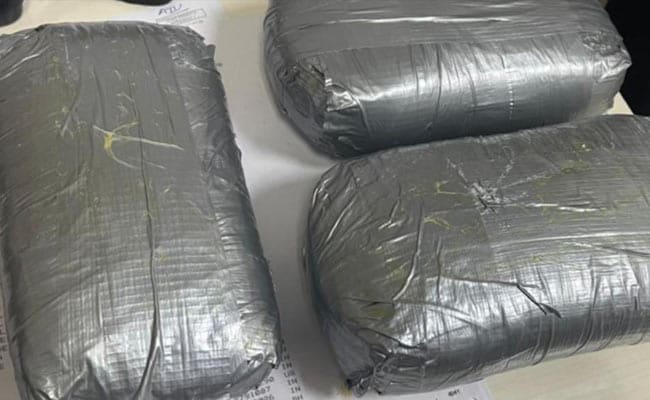 As much as 17.3 kilograms of hashish were seized by the NCB in Mumbai and Thane.

Seven people were arrested and 17.3 kilograms of hashish drug were seized in two operations of the Narcotics Control Bureau (NCB) in Mumbai and Thane, an official said on Tuesday.

In the operation conducted in Mumbai, a room situated inside a place of worship in Dadar was raided on Monday, leading to the confiscation of two kilograms of hashish drug and Rs 2.20 lakh cash, after which four people, identified as Kamlesh Gupta, Amit Prakash Patel, Rajvinder Singh and Gurmit Singh, were arrested.

An official said the four had booked a room in the premises of the place of worship to cut a deal, and further probe had revealed that Rajvinder and Gurmit had traveled from Punjab to Mumbai on a two-wheeler carrying the drug consignment in a backpack.

Gupta led the Narcotics Control Bureau team to the house of one Noor Mohammad Jumman in Chunabhatti late Monday night, where 3.3 kilograms of hashish, originally from Kashmir, and Rs 2.20 lakh cash were seized, the official informed.

In the second operation, the Narcotics Control Bureau team on Tuesday arrested Shabir Usman Shaikh and Nizamuddin Ahmad Taza from Bhiwandi in Thane district allegedly with 12 kilograms of hashish, which had just arrived from Jammu and Kashmir, he said.

UP Man Duped Of Rs 48,000 In Car Insurance Fraud In Mumbai: Police