Mumbai Gets 9 Times Usual Rain, Every Minute A Struggle

Weathermen believe the Mumbai rain, heavier than average, could continue for at least 24 hours.

Mumbai rain could continue for 48 hours in some parts of the city, say weathermen

Mumbai: Mumbai gasped in waist-deep water today, lashed by what weathermen believe could be the worst rain since July 2005, when the city was devastated by floods. Citizens were advised to stay in "unless absolutely necessary" or go home early after the city received, in three hours, nine time more rain than average.

Prime Minister Narendra Modi tweeted that he has spoken to Chief Minister Devendra Fadnavis and assured all possible support. "Urge the people of Mumbai and surrounding areas to stay safe and take all essential precautions in the wake of the heavy rain," he added.

"It isn't a panic situation but only step outside your house is absolutely necessary," said Aditya Thackeray, whose Shiv Sena party controls the city's civic body BMC. 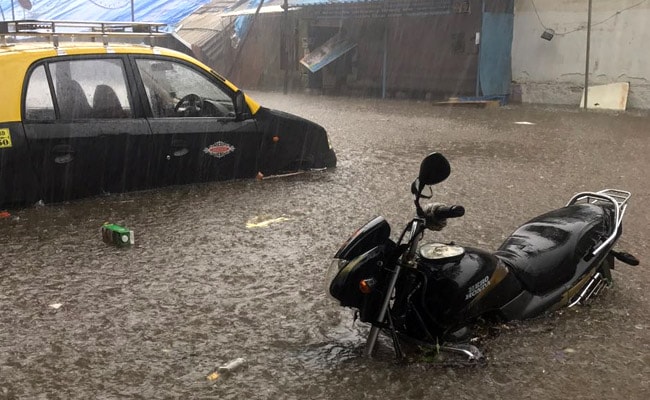 It has been raining in Mumbai incessantly since morning

With the rain and the high tide overloading an ageing drainage system, people could be in for worse floods. Teams of the National Disaster Response Force have been called in.

After a continuous downpour, most of Mumbai was submerged by afternoon. People were advised to avoid beaches and promenades, which will impact the ritual immersion of Ganesha idols, an annual event.

"This is not a river, but a road," an NDTV correspondent said, standing in water at Lower Parel in central Mumbai. At Elphinstone, cars and bikes peeped out of flood-water. 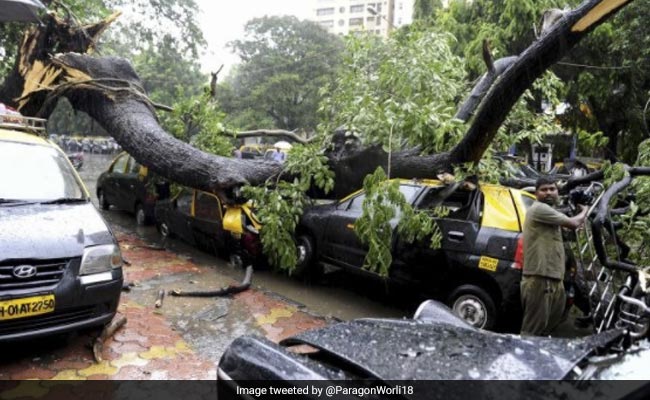 Mumbai rain has flooded some low-lying areas, slowed down traffic

The sea link between western suburbs like Bandra and south Mumbai - a major bridge - which was declared off limits, has re-opened to traffic.

Many subways were shut down. Rainwater flooded the King Edward Memorial Hospital, forcing doctors to vacate the paediatric ward.

The Mumbai police tweeted urging people to dial 100 for help.

Weathermen have cautioned people against scheduling meetings or flights at least till tomorrow. "Heavy to very heavy rain" has been predicted for at least the next 24 hours in Mumbai and its suburbs. 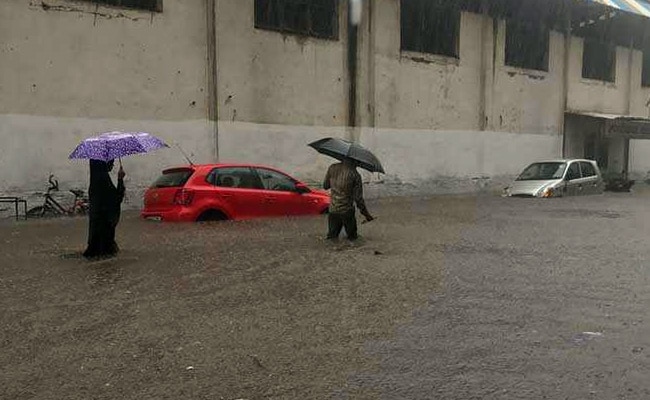 Floods in 2005 killed more than 500 people in the city. The majority of deaths occurred in shanty town slums, which are home to more than half of Mumbai's population.

"Every year it's the same story, the roads are bad anyway...rain brings double takleef (double the problem)," said a shopkeeper.

Promoted
Listen to the latest songs, only on JioSaavn.com
The famous Mumbai Dabbawalahs or tiffin-men delivering lunch got off their bikes and walked, firm on completing their job even in the terrible weather.