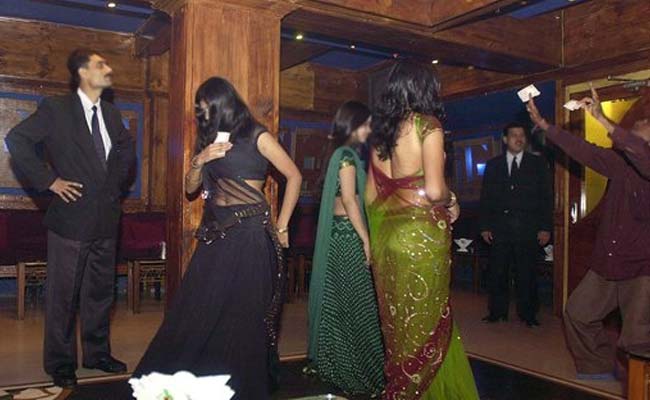 About 150 bars and hotels in Mumbai and about 1,200 in the state are applying for licences, according to an industry lobby.

MUMBAI: After a 10-year hiatus, dance bars are set to reopen in Mumbai and Maharashtra with activists warning women and girls could be trafficked and abused in these venues but bar owners arguing this is legimitate, needed work.

Maharashtra in 2005 suspended the licences of hundreds of bars and hotels that featured skimpily dressed women dancing to Bollywood tunes on a small stage for male customers.

But after several appeals over the years against the ban, the Supreme Court ordered the state to issue licences from March 15 on condition that certain rules are adhered to.

When the bars were shut in 2005, about 75,000 women were estimated to be working there and bar owners said the women were earning a legitimate living.

But activists and charities feared the women were victims of trafficking and the bars were fronts for brothels.

"It's not as if shutting them down stopped trafficking, but reopening them would legitimise it and give traffickers another reason to dupe and abuse women and girls," said Suparna Gupta, founder of Aangan Trust which works with victims of trafficking.

"A majority of dance bars were doubling up as brothels, and we established a clear link between many rescued minor girls and these establishments."

State Chief Minister Devendra Fadnavis last week said the government was not in favour of reopening dance bars and will draft legislation to find a way around the Supreme Court ruling.

About 150 bars and hotels in Mumbai and about 1,200 in the state are applying for licences, according to an industry lobby.

South Asia, with India at its centre, is the world's fastest-growing and second-biggest region for human trafficking after Southeast Asia, according to the United Nations Office for Drugs and Crime.

Mumbai is one of the biggest destinations for trafficked women and children.

Most of them are brought from other states and neighbouring countries, including Nepal and Bangladesh, under the guise of securing a well-paid job in a home or shop but are sold into sex work or forced into manual labour.

The Maharashtra government, which opposes dance bars on the grounds of obscenity, had proposed more than two dozen conditions for new licences but the Supreme Court rejected some of them, including requiring a live stream to police stations.

Instead, closed-circuit televisions will be installed at the entrance, with a limit of four dancers per bar, a railing around the performance area, and a distance of at least 5 feet (1.5 m) between the stage and customers.

Women won't be permitted to dance in an obscene manner and customers cannot fling money at the dancers, the rules state.

Hotel and bar owners have lobbied against some of these conditions, calling them unreasonable.

"What has the state done in the last 10 years for the rehabilitation of the thousands of women who lost their livelihood overnight?" said Adarsh Shetty, head of the Indian Hotel and Restaurant Association in Mumbai.

Many women who found themselves without a job then were forced into prostitution or trafficked to Gulf nations, said Bharat Thakur, president of the Dance Bars' Association in Mumbai, which has criticised the state's "moral policing".
© Thomson Reuters 2016