Bablu Kumar Paswan drowned in the pit near Worli Sea Link at 1.20 pm Friday, said an official of the Brihanmumbai Municipal Corporation (BMC). 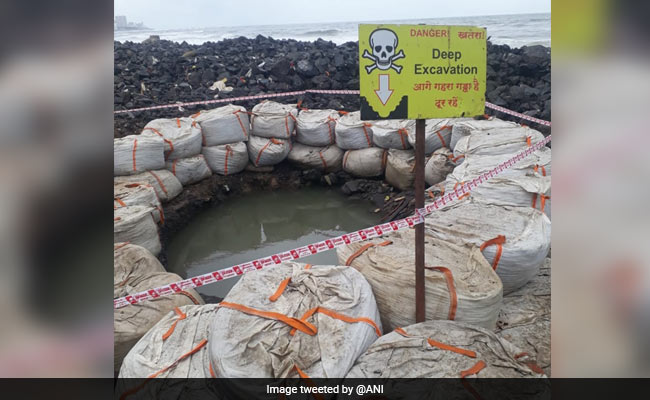 It was being probed how the boy fell into the pit

A 12-year-old boy died after falling into a water-filled pit, dug for the construction of the Coastal Road, near Worli, a civic official said Saturday.

Bablu Kumar Paswan drowned in the pit near Worli Sea Link at 1.20 pm Friday, said an official of the Brihanmumbai Municipal Corporation (BMC).

The ambitious 8-lane Coastal Road will link Marine Lines in south Mumbai with suburban Kandivali in the north.

"Locals rescued the boy and rushed him to the nearby Nair Hospital where he was declared brought dead," the official said.

It was being probed how he fell into the pit, he added.

The death comes close on the heels of another tragedy in the city where a 3-year-old boy fell into an open stormwater drain in suburban Goregaon.

The search by fire brigade and National Disaster Response Force was called off after 48 hours Friday as the boy remained untraceable.

Ever since the death of Dr Deepak Amarapurkar two years ago, the BMC has come in for flak frequently and also faced public interest litigations over open drains, pits and manholes that can become deathtraps during the monsoon.

Amarapurkar, a well-known gastroenterologist, fell into an open manhole while walking down a flooded street in August 2017. His body was found two km away.

"When the Shiv Sena takes credit for every new construction (by the BMC) and achievement, why it shies away from taking credit for creating such a mess in the city?" MNS spokesperson Sandeep Deshpande said.