Passengers of some coaches of the Virar-Churchgate local train said they experienced suffocation and sweating due to the non-functioning AC. 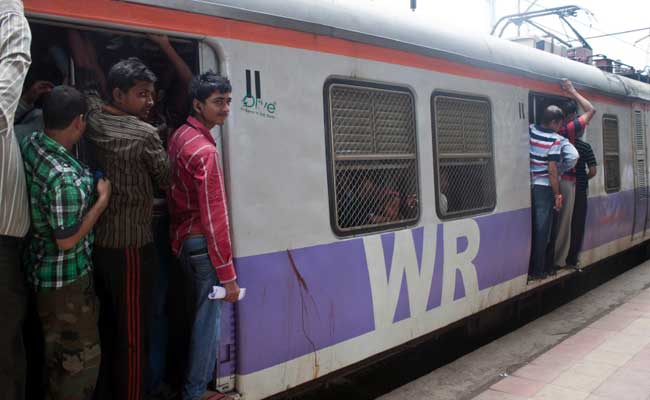 The Virar-Churchgate local train was brought to halt at Andheri station today. (Representational)

Mumbai: A section of commuters travelling in the Churchgate-bound AC suburban train pulled the chain and brought the train to a halt at Andheri station today, after they found the air-conditioners to be non-functional

Passengers of some coaches of the Virar-Churchgate local train said they experienced suffocation and sweating due to the non-functioning AC.

"Ever since the local train left Borivali station, we found that the coach was not cooling. Initially we thought that the AC would start soon. But despite crossing few stations on the way, there was no sign of it," a passenger said.

"Since the doors of the coaches of this particular local have to be kept shut for air-conditioning, there was no ventilation, which led to suffocation and sweating. When it became unbearable, we pulled the chain and made the local stop," he added.

The Western Railway, which operates this AC local, later tweeted that due to the technical glitches in some of the coaches, the train would not operate till the restoration work gets over.

"Due to the technical problem in working of AC in 3 coaches of AC local, the services of AC local have been cancelled today till further repairs. Inconvenience to commuters is highly regretted please (sic)," the Western Railways said in its tweet.

Chief spokesperson Ravinder Bhakar, said the train operations would begin as soon as the technical problems in the three coaches are fixed.

Promoted
Listen to the latest songs, only on JioSaavn.com
Last Friday, the Western Railways had cancelled the AC train service for maintenance work.