How Farmers Like Shobha Ghatmale Won Mumbai Over Today

The farmers walked from Nashik to Mumbai. They began their march nearly a week ago, rallied by the All India Kisan Sabha, which is leading the protest. 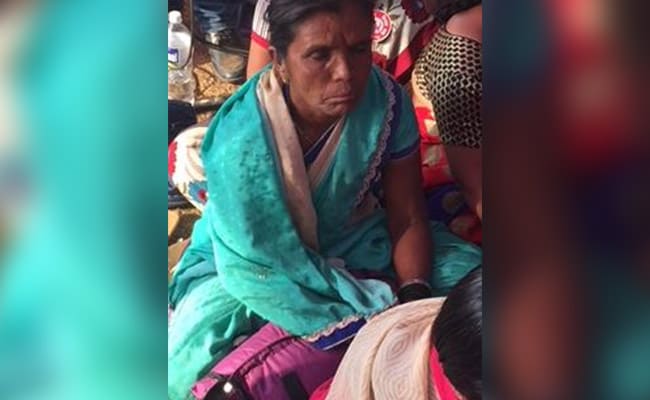 Shobha Ghatmale, 38, has marched to Mumbai leaving her two daughters behind in her village.

Mumbai: Among the thousands of farmers - an estimated fifty thousand according to police estimates - who have won the country's attention with their skilfully organised protest in Mumbai is Sudhakar Sontake.

For more than two decades, the 48-year-old, sweat dripping down his white shirt, has earned a living by tilling five acres in his village in Yavatmal. "But the land is still in the name of the of the forest department. They haven't transferred it to my name," he told NDTV.

Farmer distress has been peaking across the country despite the centre's recent announcement that it would pay 50 percent return over production costs.

In Maharashtra, the farmers began their march nearly a week ago, rallied by the All India Kisan Sabha, which is leading the protest. They walked about 200 kms from Nashik to the financial capital, which somewhat uncharacteristically threw its arms around them as they trooped into its heart, welcoming them with showers of flower petals, water bottles, and doctors volunteering to provide first aid to anyone who needed it. Farmer Sudhakar Sontake, 48, left his village in Yavatmal with a simple cotton bag.

Mr Sontake left his house with a simple cotton bag packed with chapattis and, to add some flavour, a pinch of pickle. Like those surrounding him at Azad Maidan, Mumbai's largest public park, he says the government has to move urgently to rescue farmers from debt by raising the prices for their crops.

They want all loans waived, protection of land owned by tribals, and more of a say in land taken by the government for infrastructure development including the much-hyped new bullet train that will run between Mumbai and its trading partner city of Ahmedabad.

Those orchestrating the farmers' march -which include the Left - have delivered a huge victory. The farmers walked all night to ensure they would not block main roads early in the morning, which would antagonise commuters and disrupt students' board exams.

Poonam Mahajan of the BJP appeared to own-goal the BJP by saying, "What has bothered me the most is these farmers holding communist flags I hope it's not political. And in future farmers should not be used for these political agendas." She was firmly shot down including by young Shiv Sena leader Aditya Thackeray who retorted on Twitter, "No I didn't see the red flags, I saw their red blood which is the same as ours. Whichever the flag they carry, whoever their political hero, govt has to hear them (sic)." 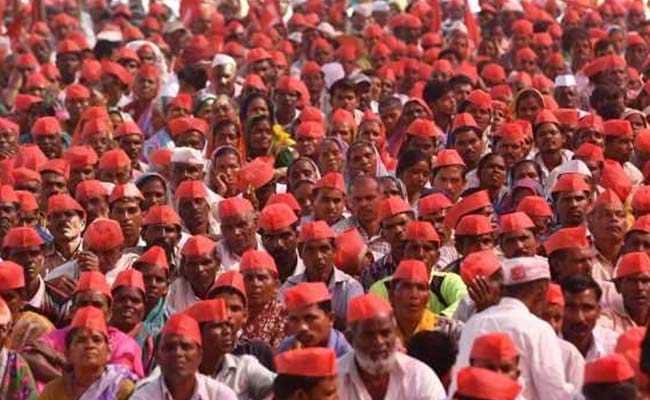 Shobha Ghatmale, 38, has marched to Mumbai leaving her two daughters behind in her village. She hopes that if the land she farms is transferred to her name, she will be able to someday leverage it to fund their education. She says for one entire day, she walked without any food, drinking only water to keep going.

But she breaks into a big smile when she explains why it's worth it.

"Because I think now that I have come here, I will get what is due to me," she said, pulling her green sari around her shoulders.
Comments
Maharashtra Farmers Protest In MumbaiMumbai Farmers MarchKisan Long March