The decision to uphold the tax waiver was taken at a cabinet meeting chaired by Chief Minister Uddhav Thackeray. 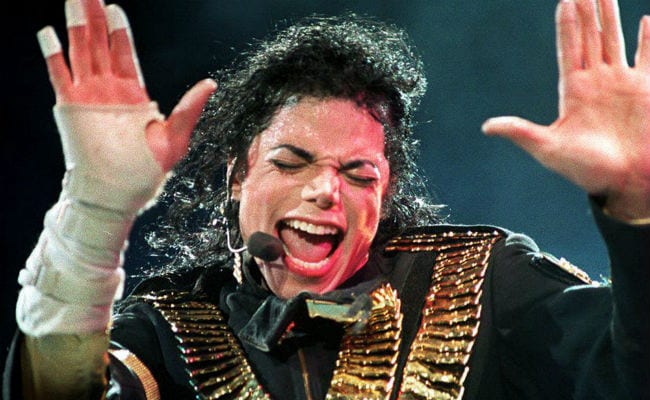 Michael Jackson had performed in Mumbai on November 1, 1996.

Over 24 years after "King of Pop" Michael Jackson performed in Mumbai, the Shiv Sena-led Maharashtra Vikas Aghadi (MVA) government in Maharashtra on Wednesday upheld the state's decision to grant Rs 3.36 crore entertainment tax waiver to an event management firm for the musical concert.

The decision to uphold the tax waiver was taken at a cabinet meeting chaired by Chief Minister Uddhav Thackeray, whose party, the Shiv Sena, was in power along with the BJP when the much publicised concert was held in 1996.

A statement from the Chief Ministers Office said the government had used discretionary powers under Section 6(3) of the Maharashtra Entertainment Duty Act, 1923, to give the waiver.

Jackson had performed in Mumbai on November 1, 1996, and during the tour, he had also visited 'Matoshree', the private residence of Sena founder late Bal Thackeray and his family in suburban Bandra.

The concert was organised by the Shiv Udyog Sena, then led by Raj Thackeray, cousin of Uddhav Thackeray, in collaboration with a private event management company.

However, the waiver amount was deposited in the courts treasury after the tax exemption was challenged in the Bombay High Court by the Mumbai Grahak Panchayat, a prominent consumer rights forum.

A division bench of the High Court had set aside the tax exemption order, citing "non-application of mind", and in 2011 sent the matter back to the government for reconsideration.

With the cabinet decision on Wednesday, Wizcraft will get back Rs 3.36 crore which it had earned from ticket sales.

Besides this, the cabinet took a number of other important decisions.

The cabinet approved a proposal under which realty developers, who take benefit of the 50 per cent waiver in premium on construction projects till December 31, 2021, will have to pay entire stamp duty amount on behalf of customers.

The statement from the Chief Minister's Office said the decision was based on the report by the Deepak Parekh committee set up to suggest measures to boost the states construction sector post-COVID 19 lockdown.

The cabinet also approved an MoU, signed with the central government under the Pradhan Mantri Gram Sadak Yojana, as per which 6,550-km-long roads will be taken up for repairs.

The state government will bear the expenditure of road repairs, while road construction cost will be shared by the Centre (60 per cent) and Maharashtra (40 per cent).

In another decision, one lakh solar energy-operated water pumps will be installed for the benefit of farmers, the release said.

An expenditure of Rs 1,965 crore is expected on the project and the cost will be shared by the Centre and the state government over the next five years, it said.

The cabinet gave a go-ahead to increase the number of beds at the Aurangabad Government Medical College and Cancer Hospital, the release said.

With this decision, the 100-bed hospital will add 165 more beds. Also, 360 more posts will be created at the hospital for which Rs 24.6 crore will be earmarked, it said.

Tropical medicine and health subject will be included in the medical curriculum in hospitals under the health commissionerate, the statement added.