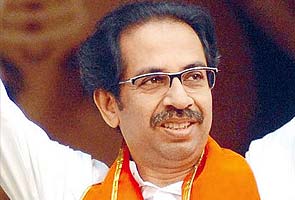 Uddhav underwent the first angioplasty in the same hospital on July 20 when three blockages in his artery were successfully removed after a surgery that lasted nearly three hours.

"The procedure involving one more stent in his artery has been performed successfully. He is responding well and has also spoken to Bal Thackeray after the procedure," party spokesperson Sanjay Raut said. Uddhav arrived at the hospital with his wife Rashmi and children Aaditya and Tejas. Maharashtra Navnirman Sena chief and cousin Raj Thackeray was also present. A party official said the second procedure was suggested for Uddhav during a follow-up checkup after the first angioplasty in July.

Singer Lata Mangeshkar and Sena leader Manohar Joshi were among those who visited the hospital during the angioplasty. Mangeshkar also went to see Bal Thackeray at his residence in Bandra as he has been unwell for the past few months.