Indrani, Peter Mukerjea Divorce Could Take Time As Both In Separate Jails

Process will be time-consuming, say lawyers, as both parties are lodged inside separate jails 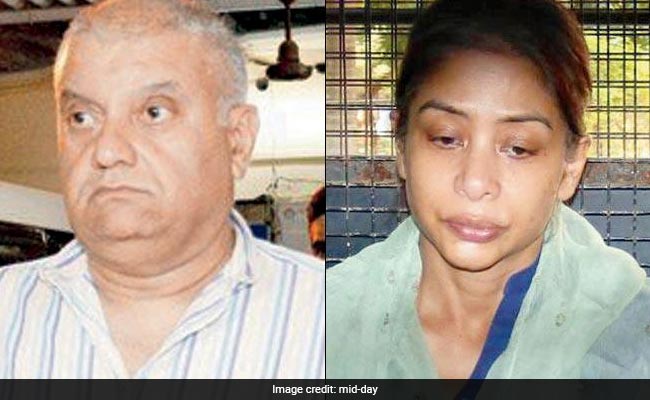 Indrani Mukherjea had sent the divorce notice to Peter Mukherjea 2 months ago. (File)

Mumbai: Indrani Mukerjea's husband, Peter, has finally agreed to a divorce by mutual consent, two months after she had sent him a divorce notice. Indrani learnt about this at the Sessions court on Monday afternoon, from her lawyer in the family court, Edith Dey.

"A photocopy of the reply from Peter's lawyer was handed over to Indrani, as she wanted to go through the contents after she returned to her prison cell in Byculla." Interestingly, in response to the nine points raised by Indrani, in her divorce notice sent to Pratim Mukerjea alias Peter at Arthur Road jail in the last week of April 2018, Peter's lawyer Amit P Ghag, responded on June 12, 2018 with two lines, and annexed the draft consent petition for divorce by mutual consent, (a readymade format generally approved by the family court).

Both Indrani Mukerjea and Peter are accused in the murder case of her daughter, Sheena Bora, who was allegedly killed in April 2012. A lawyer, who was present in the family court, confirmed the development and said that the modalities of the division of assets would be worked out amicably. Insiders hinted that the asset details would be worked out on the basis of moveable and immoveable assets, finances and personal belongings.

In her notice, Indrani had stated that she and Peter were married as per the special marriage act on November 8, 2002 and as per Hindu rites and rituals on November 11, 2002 at the Worli flat. She had even stated that she had no issues from the wedlock.

"The marriage has now irretrievably broken down and there is no chance of reconciliation, and that he [Peter] too had acknowledged the same and to proceed to dissolve the marriage amicably by mutual consent and put a closure to this chapter once for all," Indrani stated in her notice. Advocate Dey said, "We will now proceed with the assets division." When asked when the matter would come up for hearing, she said, "We are still in the process of sorting out paperwork and it would be a slightly time-consuming exercise as both Indrani and Peter are in jail."

Undertrial couple
"I have come across numerous cases of divorce in the last two decades, but this will be the first where an undertrial couple is seeking divorce. This case will become a precedent for similar cases in future," said family court lawyer Kokila Kalra.

Unlike the regular divorce procedure where a cooling period of six months is granted to the couple to reconsider their decision, the same is done away with in case of a mutual consent divorce, said the lawyer. However, the lawyer privy to the Mukerjea couple case, said this would be a time-consuming exercise, as both parties are inside separate jails and will not be sitting across a table for discussions. When asked if they would be produced before the family court once the divorce petition was filed, the lawyer replied in the affirmative. But, that will happen only after both parties agree on the financial and other aspects.

Consent terms
The lawyer explained, "The draft consent may have details about all moveable and immoveable assets, personal belongings and other finances. The properties, including the Worli duplex flat, which is in both Indrani's and Peter's names, villas in Spain and UK, which are in Indrani's name already, and the other assets, will be stated in the consent terms which Peter's lawyer will be preparing and sending to Indrani's lawyer for approval."


(Except for the headline, this story has not been edited by NDTV staff and is published from a syndicated feed.)
Comments
Indrani MukharjeaPeter MukerjeaIndrani Mukerjea Divorce