How Rahul Mukerjea, Sheena Bora Met, Fell in Love, and Were Torn Apart 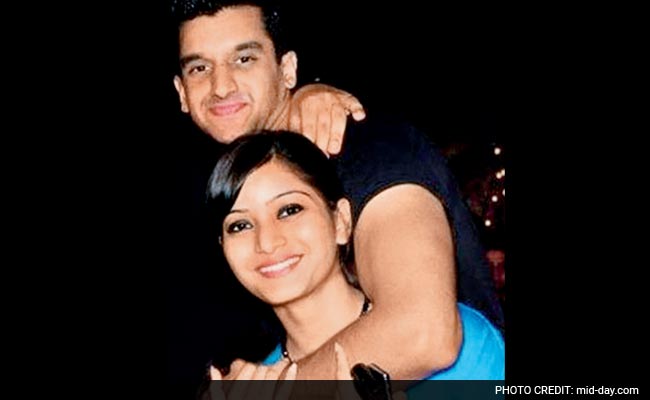 Star-crossed lovers: Rahul and Sheena had gotten engaged just six months before she was murdered in April 2012. (File Pic)

Mumbai: In his statement to the police, Rahul Mukerjea told the police how he and Sheena Bora met each other, fell in love and were happily engaged, until they were cruelly torn apart with her murder in 2012. Recounting how their relationship had seriously upset Sheena's mother and alleged murderer, Indrani Mukerjea, Rahul also told the police how he got depressed after Sheena's disappearance and began to suspect Indrani's involvement.

Rahul first met Sheena in 2008, when he moved into his father, Peter's home in Marlow apartments in Worli. "I first met Sheena at the Worli flat. We started meeting frequently and developed a close friendship," Rahul in his statement, accessed by mid-day through the chargesheet against the three prime accused - Indrani, her ex-husband Sanjeev Khanna and her former driver, Shyam Rai.

Rahul went to London after spending a month in Mumbai, but returned to the city again in a few months. This time, Indrani asked Peter to tell him to stay somewhere else, so Rahul rented a flat in Khar Danda.

Rahul also told the police how Sheena told him she was Indrani's daughter and not her sister, as the world had been led to believe.

"I got a job in Prime Focus (a Lower Parel firm) with my father's help. I started meeting Sheena frequently and, gradually, we fell in love. One day she came up to me and said, 'I am Indrani's daughter, not her sister.' When Indrani came to know about our relationship, she was furious and fought with my father. She sent Sheena to Guhawati," Rahul recalled.

In 2009, Sheena was sent to Delhi. There, she was hospitalized with some serious health problems. Sheena was visited in hospital by her mother and ex-boyfriend. Indrani suggested that Sheena move to Bangalore and stay with this ex-boyfriend.

Although Sheena refused initially, she eventually did just this.

Rahul told the police, "During that time I had no money; I sold my household items and went straight to Bangalore to meet Sheena. She was very weak. The medicines given to her by Indrani were sedatives meant for mental illness, a doctor in Bangalore told us. The doctor also told her to immediately stop taking those medicines. Her health started improving and I took her to our Dehradun house with the permission of her grandparents and my mother."

At the end of 2009, the couple came back to Mumbai, where Sheena had found work. They were living in a rented flat in Marol, Andheri (east). However, their relationship often caused huge quarrels with Indrani and Peter.

In October 2011, Rahul and Sheena went to Dehradun, where they got engaged - once again, with permission from Rahul's mother and Sheena's grandparents. It was Diwali, and a happy period for the couple, who had clicked several pictures together.

"Sheena was very happy and healthy that time," Rahul told the CBI.

Upon their return to Mumbai, Indrani found out about the engagement and invited Sheena for dinner. "After the dinner, Sheena had told me that Indrani had changed a lot," said Rahul.

Before the day of the murder, Indrani invited Sheena to dinner once again, saying she wanted to give her an engagement present. On April 24, 2012, Rahul picked up Sheena from her workplace and they went home. Sheena changed into pants and a red top.

Rahul narrated what followed, "Indrani was repeatedly calling to ask about Sheena's whereabouts and how much time she would take. We went to the address given by Indrani - near National College at Bandra (west). Indrani was waiting in a silver Chevrolet car, Shyam Rai was at the wheel, while one unknown person was smoking inside." The unknown person was later identified as Sanjeev Khanna.

"Later, I tried calling Sheena, but instead of taking my calls she started sending text messages. I also responded to her on SMS - this was happening between 8 to 11 pm. She told me she was enjoying dinner with Indrani and would spend the night at her place. I went home and constantly tried to call her, but she never took my calls."

Rahul got more worried when Sheena didn't return the next day.

"I kept calling her but she did not respond. I kept messaging her. I got a reply saying she had found someone else. The message advised me to forget her, as she was very happy with her new lover. Another SMS informed me she would get in touch after two to three months. I really got suspicious with such messages."

Rahul then went to the Worli, Bandra, Khar and MIDC police stations to file a missing person's complaint, but the police ignored him. He tried searching for her everywhere, and even shared his suspicions with Sheena's colleague, her siblings Mekhail and Vidhie. The cops told Rahul that nothing is wrong; Sheena was an adult who had gone with her mother. Rahul collected Sheena's laptop and other belongings from her office. Indrani asked him for these items, but he held on to them until the murder came to the fore, which is when he handed it all over to the investigators.

Much buzz was created with the recent arrest of Rahul's father, Peter, with the CBI suspecting he knew of the murder plot. The only mention Rahul made of his father, however, was of the time he decided to vacate his flat. Rahul was lonely and decided to move out of the flat he had shared with Sheena. "While vacating the flat, the owner asked for signatures from Sheena and me. I approached my father, who told me that I need not worry, he would manage everything."