How Arabs buy 'wives' and dump them in a few weeks 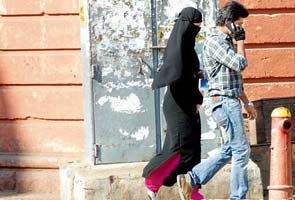 MiD DAY reporters posing as a would-be bride and her friend trying to help her.

Mumbai: A month-long investigation by MiD DAY journalists has revealed a twisted form of human trafficking that involves rich Arabs, greedy Qazis, sham marriages, agents and girls lured into the flesh trade or those looking for a quick buck.

The modus operandi: set up a temporary or time-bound wedding to a rich Arab. The affluent Arab offers a negotiated amount for the services of a 'wife' during his stay in India. The price for the 'booty' varies from Rs 15,000 to nearly a lakh for the 10-day marriage. Girls from poor families are sold like commodities to the Arabs, many of whom arrive on tourist visas from Saudi Arabia, UAE, Iran, Oman, Kuwait and Qatar. While this may seem shocking to many, the women involved in this latest form of flesh trade are often willing participants.

The Arab and The Qazi
These predators have been perpetrating a blatant crime under the veneer of nikaah, abusing the Islamic rules of marriage. Abusing the sanctioned provision which allows a Muslim man to have four wives at a time, many old Arabs are not just marrying minors in Mumbai and Hyderabad, but marrying more than one minor in a single trip to the country.

The Pimp and The Victim
A healthy stream of women keep flowing into the city from all parts of the country to solicit the Arab clientele who have turned Mumbai into a sex haven. For as little asRs 2,000 per job, scores of women line up every evening hoping to catch the eye of the adulterous tourist.

Over a month-long operation, Kranti Vibhute posed as a would-be bride and Bhupen Patel as her friend trying to help her get the deal. They found that these deal brokers, prostitutes and Qazis have been running this business quite explicitly.

A Qazi, who solemnises the weddings and also facilitates the divorce proceedings, takes 50 percent of the negotiated price as his cut. The agent, who sources the girls, takes 25 percent of the balance amount.

The Arab gets a sex slave for a temporary period, who he calls his 'wife', and takes her on a vacation with him. Once the honeymoon period is over, he brings her back dumps her with a 'talaaq' and goes back to the Qazi's office for a new bride. The girl gets her cut and lines up for the next husband to come her way.

The Qazis solemnise these sham marriages, in violation of Islamic principles of nikaah and talaaq. A woman cannot be married off to another man unless her first husband gives her a divorce, or she has sought khula (separation) and has completed the iddat period (a gap of at least three months and 13 days).

Promoted
Listen to the latest songs, only on JioSaavn.com
Victims?
Owing to abject poverty and wretched living conditions, many women are forced into the world of flesh trade. While some girls have fallen victim to the flesh trade, tricked by the promise of monetary benefits and a better standard of living, others have chosen the path to make a quick buck.

During the course of the operation, MiD DAY discovered that several women, who were once sold as brides to Arabs, have now turned into agents and pimps. The women now scout villages and cities looking for fresh blood to incorporate into the trade.

Case Against Mumbai Builder For Flying Drone Ahead Of PM Visit: Report