All 4 passengers were pulled out of the helicopter that crashed today in Mumbai.

One person has died and 3 others were injured after a chopper crashed in Mumbai. The chopper had crashed around noon at Aarey colony area in Goregaon, a Mumbai suburb.

Three others, who had sustained burn injuries, have been admitted in the nearby Seven Hills hospital. One of them is in a critical condition, doctors said.

Three fire engines are at the spot and the fire has been contained, officials said. Eyewitnesses said the aircraft has been completely burnt. 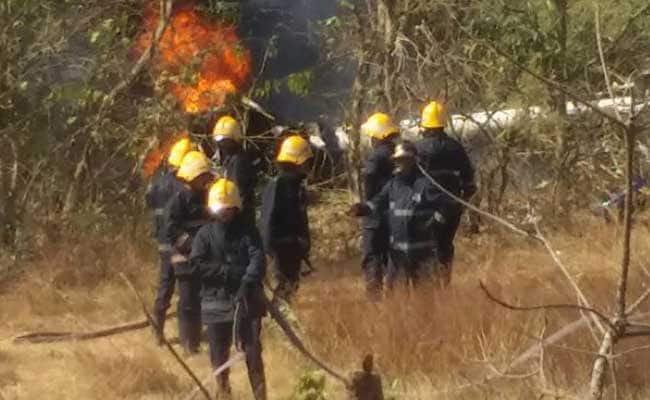 Three fire engines are at the spot trying to douse the flames.
Local residents had alerted police and Fire Brigade after they spotted smoke billowing from the crash site.

The Robinson R44 Astro chopper belonged to Aman Aviation, which offers joy rides. The chopper which crashed was taking people on a Sunday joyride.