At least five people have been injured in rain-related incidents, officials said. 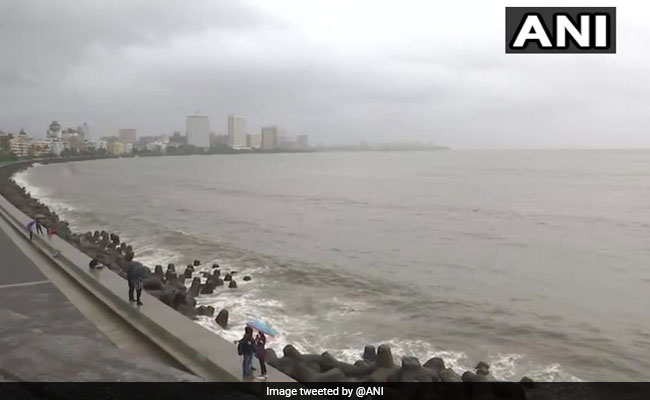 Weather department has predicted rains in Mumbai, Thane and the coastal areas for today.

Heavy rains continued to lash Mumbai and its neighbouring areas for the second consecutive day today.

At least five people have been injured in rain-related incidents, officials said.

The suburban local trains remained largely unaffected and were running as per their schedule. However, in view of IMD's heavy rainfall forecast, the Central Railway (CR) cancelled some express or passenger trains, especially those between Mumbai and Pune.

A press release issued by the CR said, Mumbai-Pune Pragati Express, Mumbai-Pune Sinhagad Express, Bhusaval-Mumbai Passenger, Pune-Panvel Passenger have been cancelled on Saturday and Sunday. The Bhusaval-Pune Express has been diverted through Daund-Manmad.

Mumbai-Bhusaval Passenger will remained cancelled till July 1, it said.

According to the officials of the Brihanmumbai Municipal Corporation (BMC), 39 incidents of short circuit, 104 incidents of uprooting of trees or falling of tree branches were reported from various parts of the city.

According to the civic officials, a tree was uprooted as a result of incessant rains on Friday night, in which some cars got damaged.

Man Arrested For Posing As Cop To Extort Money From People Without Masks: Mumbai Police