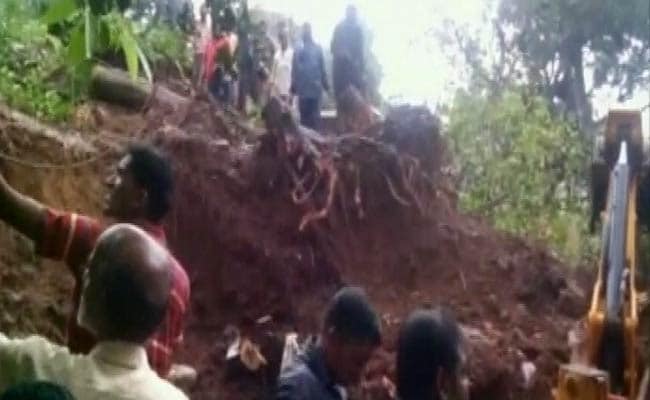 Pune: Landslides triggered by heavy rain has blocked the Mumbai-Pune Expressway stopping vehicular traffic. According the reports, the landslide took place near Khandala, a popular hill station, at around 10 am and blocked the road.

The authorities have now diverted the traffic through the old Mumbai-Pune road.

Pune and western Maharashtra has seen heavy rainfall in the past 24 hours because of the revival of monsoon. According to the weather department, Pune registered 34.5 mm rainfall and suburbs till 8.30 pm on Sunday night.

Unlike Konkan, Vidarbha and parts of Marathwada, western Maharashtra witnessed a late onset of the monsoon following widespread rains reported from Kolhapur, Satara and Sangli districts.

Six long distance trains between Pune and Mumbai were cancelled on Sunday due to heavy rain while some others were rescheduled, central railway officials said.