Fire In Industrial Area In Mumbai, No Casualties

Eight fire fighting engines and three jumbo tankers were rushed to the site and the fire was brought under control, the official said. 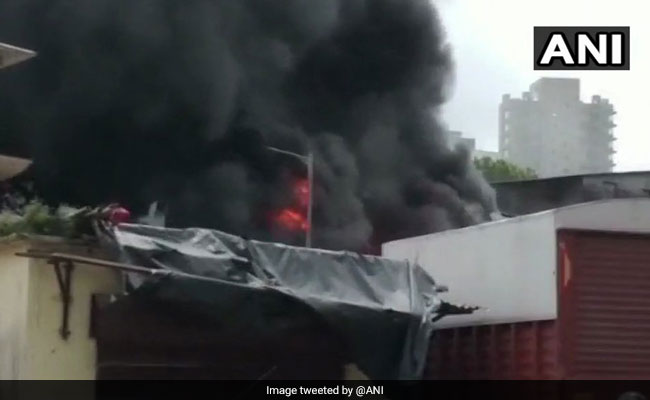 Eight fire fighting engines and three jumbo tankers were rushed to the site, the official said.

A fire engulfed an industrial area in Mumbai's suburban Malad this morning, but no casualty was reported, a civic official said. The fire started in a commercial unit near Somwar Bazar in the Bombay Talkies industrial area at around 11:30 am, he said.

Eight fire fighting engines and three jumbo tankers were rushed to the site and the fire was brought under control, the official said.

"The fire broke out at 11:27 am and our control room was informed at 11:50 am. No casualty or injury was reported in the mishap," he said.

The cause of the fire was not immediately known, the official said.

Local Congress MLA Aslam Sheikh demanded that the Brihanmumbai Municipal Corporation (BMC) come up with a comprehensive plan to check the increasing fire incidents in the city.

On August 22, a fire broke out on the 12th floor of a posh high-rise residential building in Dadar area, killing four people and injuring 16 others.

On August 27, a fire engulfed a three-storey residential building in Parel area, but there was no casualty.

Promoted
Listen to the latest songs, only on JioSaavn.com
Comments
fire in MaladSomwar Bazar in the Bombay TalkiesMumbai Fire