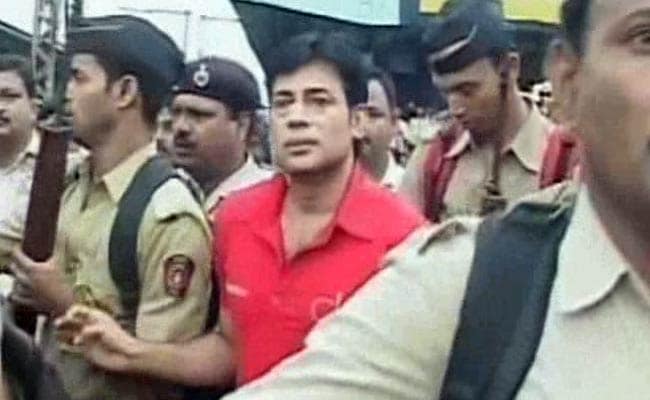 Mumbai: Gangster Abu Salem today denied in his statement before a Terrorist and Disruptive Activities (Prevention) or TADA court in Mumbai that he went to the house of Bollywood actor Sanjay Dutt and gave him two AK-47 rifles and hand grenades before the 1993 Mumbai blasts.

Sanjay Dutt was convicted in the 1993 blasts case for possession of an AK-47 rifle and sentenced to five years in jail in 2013.

Abu Salem submitted his statement to the court under section 313 of Criminal Procedure Code, which enables the accused to personally explain any circumstances appearing in the evidence against him or her.

Salem, Riyaz Siddiqui, Karimullah Khan, Feroze Abdul Rashid, Tahir Merchant and Mustafa Dossa are facing trial now as they were arrested in the case later. The court had in 2006 convicted 100 accused, including Yakub Memon who was hanged last month.

"It is also false that two or three days later he, along with other accused, (again) went to Dutt's house and brought (back) a bag containing two rifles, bullets and grenades," the statement says.

Salem also contends in the statement that his trial, after the termination of extradition order by Portuguese court, is "illegal, unwarranted and bad in law."

In January 2012, Portugal's Supreme Court upheld an order which cancelled Salem's extradition from that country because Indian authorities slapped some charges attracting death penalty on him, violating the terms of extradition.

Extradition was based on false information and documents given to the government of Portugal, he adds.

Further, CBI did not place all the relevant documents before the TADA court regarding the extradition and hence the court was misled into framing additional charges, it says.

The trial "on the basis of police custody, forced confession and new fabricated material" is illegal, it says.

The statement claims that Salem did not know any of the co-accused of the blasts conspiracy.