The building, located on SV Road in Malad, has 130 flats, for which it had received an occupation certificate from the state government.

As Mumbai continues its battle against COVID-19, many Mumbaikars are stepping up to help others through this adversity.

A builder has handed over a 19-storey newly constructed, ready-to-move-in building to the Brihanmumbai Municipal Corporation (BMC) to be converted into a COVID-19 facility.

Mehul Sanghvi of Sheeji Sharan Developers said, "We decided to do this willingly after discussing with tenants. The building is being used as a quarantine centre for COVID-19 patients."

The building, located on SV Road in Malad, has 130 flats, for which it had received an occupation certificate from the state government. It was ready to be handed over to the flat owners.

Till now, 300 patients have been transferred to the building - four patients per flat.

Gopal Shetty, MP from Malad, played an important role in this decision. 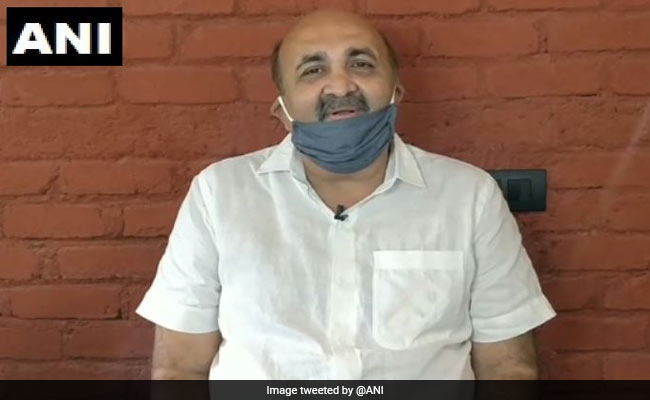 "We decided to do this willingly after discussing with tenants," Mehul Sanghvi, of Sheeji Sharan Developers said.

The North Mumbai legislator said he got in touch with Mr Sanghvi and convinced him to provide the building for the cause, in view of the rising number of cases in Malad.

"We're happy that people like Mehul Sanghvi have set aside personal interests, to serve the greater good during these difficult times. We hope that others come forward and collaborate for such gestures, helping us save as many lives as possible," he said.

On Saturday, Maharashtra had reported a single-day rise of 3,874 new COVID-19 cases. With this, the total number of positive cases in the state now stands at 1,28,205, said the state health department. With 160 deaths, the toll in the state is at 5,984.

Municipal Corporation Greater Mumbai had said that 136 deaths and 1,197 new cases have been reported in Mumbai, taking the total tally in the city to 65,265. The toll is at 3,559.