BMC election: Harshad Kakkar was among the first-time winners in the polls for Mumbai's civic body.

Mumbai: Harshad Karkar is not the typical contender to sail through the elections for India's richest civic body. An MBA student, the 23-year-old Shiv Sena candidate won the Ambawadi - Ovari Pada seat for the Brihanmumbai Municipal Corporation (BMC) in Mumbai, beating rival Neela Rathod from the BJP by more than 11,000 votes. He is all set to be the city's youngest corporator.

His age, was an asset he said, as voters chose to overlook his inexperience. "Age was an advantage because there are many young people in my neighbourhood and they all supported me. The BJP candidate fighting against me was about 49-50 years old, and I am 23," he told NDTV.

And his constituency - the youth - will be his focus. "I want to do something for the youth, want to take them along," he said. 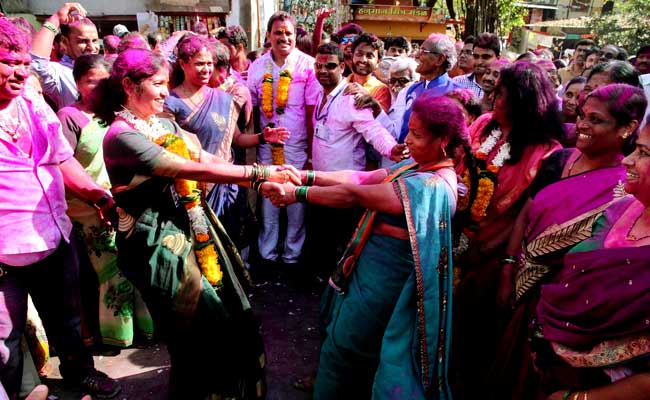 "For example, some people have difficulty in studying at home, I want to arrange a study room for them, a small sports academy," he said.

Promoted
Listen to the latest songs, only on JioSaavn.com
Results of the closely-watched elections for Mumbai's municipal body were declared yesterday as the Shiv Sena and the BJP - allies at the centre and state - contested against each other. Though the results were a huge gain for the BJP - which more than doubled its previous tally in Mumbai and won eight of the Maharashtra civic bodies in all - the numbers pitched an inconclusive result in Mumbai: Shiv Sena 84, BJP 81 - a considerable distance from the majority or halfway of the 227-seat BMC. The Shiv Sena's numbers today went up by 2 as it drew the support of one independent candidate and a rebel.

While neither party publicly reached out to each other, Union Minister Nitin Gadkari appeared to nudge the Sena by suggesting the two allies will have to come together to run the corporation.