At least 100 protesters had gathered on the tracks today morning, affecting suburban services of the Central Railway briefly, the rail police said. 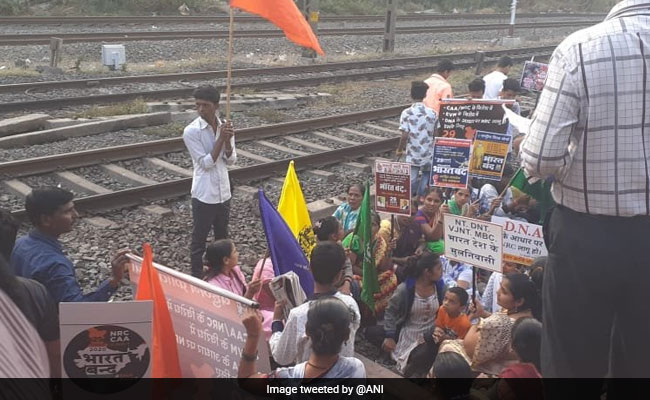 Protesters shouted slogans against CAA, NRC, waved the national flag before they were removed

At least 47 protesters were arrested on Wednesday during a "Rail Roko'' (train blockade) at Kanjurmarg station in Mumbai during a Bharat Bandh called by some organisations against the Citizenship (Amendment) Act.

At least 100 protesters had gathered on the tracks around 8 in the morning, affecting suburban services of the Central Railway briefly, the Government Railway Police (GRP) said.

Thirty-three men and 14 women were arrested, the police added.

As the protest took place during peak hour, angry commuters who were held up at Kanjurmarg station clashed with the protesters who had stopped trains bound for the Chhatrapati Shivaji Maharaj Terminus in south Mumbai.

The protesters shouted slogans and waved the national flag before GRP personnel removed them from the tracks.

Multiple organisations including the Bahujan Kranti Morcha had called for a shut-down in protest against the recently passed CAA and the proposed National Register of Citizens (NRC).