The AAI Western Region (AAI-WR) slapped a notice terminating the 2002 lease agreement and warning of the consequences for alleged failure on the part of Sahara Hospitality Ltd (SHL) to pay up the outstanding lease dues. 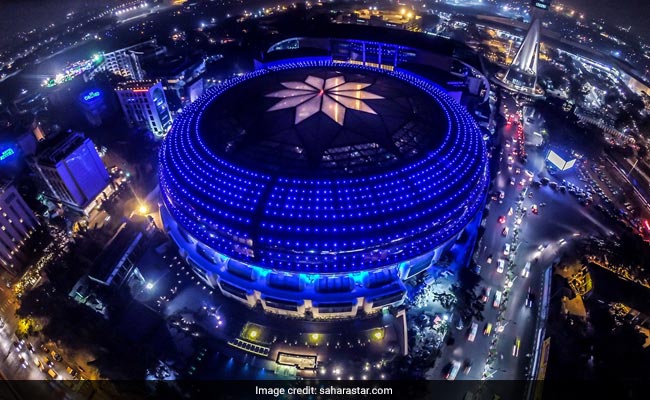 Hotel Sahara Star is located on 30,047 sq. meters on the Western Express Highway.

In yet another blow to the beleaguered Sahara Group, the Airports Authority of India (AAI) has terminated the lease of the posh Hotel Sahara Star and threatened on Friday to seize the prime property situated outside Mumbai Airport.

The AAI Western Region (AAI-WR) slapped a notice terminating the 2002 lease agreement and warning of the consequences for alleged failure on the part of Sahara Hospitality Ltd (SHL) to pay up the outstanding lease dues.

A SHL spokesperson confirmed to IANS that they had received the AAI notice and said: "We are taking appropriate measures to resolve the matter."

The AAI had already sent a notice to recover the lease amount on November 22, demanding SHL to clear the outstanding amount within a week but the latter failed to comply.

In the latest notice on Friday, signed and issued in the name of AAI-WR's Regional Executive Director Keshava Sharma, it said that since the SHL did not clear the lease dues, the lease agreement of June 5, 2002, for a period of 29 years, was terminated.

It called upon the SHL to clear all the pending dues running into Rs 20 crore, pending since the past three years or so, by the evening of December 14 and hand over peaceful possession of the entire premises to the AAI.

The flagship hotel of the Sahara Group, Hotel Sahara Star is located on 30,047 sq. meters or around 7.4 acres of valuable real estate on the Western Express Highway, opposite the Chhatrapati Shivaji Maharaj International Airport (CSMIA).

The hotel boasts of 354 rooms including 25 deluxe suites, a private diner inside a 4,000-sq feet marine aquarium and a tropical lagoon among the highlights.

Originally famed as Hotel Airport Centaur owned by the Hotel Corp of India Ltd (HCIL), a subsidiary of Air India, it was taken over by the Batra Hospitality Pvt Ltd in 2002 on a 29-year long lease.

Along with several other valuable properties across India, this Mumbai hotel was hived off during the NDA-I regime's controversial divestment policy and taken over by Batra Hospitality Pvt Ltd, whch re-sold it to SHL.

The SHL developed it into one of the prime hospitality destinations in the country's commercial capital, with added advantage of proximity to the domestic and international airports.