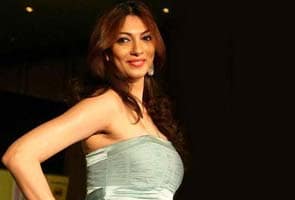 "In her complaint, Ms Mookhey alleged she had often been beaten up and troubled by her husband Prince Tuli. An FIR has been registered under Section 498A (cruelty and harassment) and Section 377 (unnatural sex) of Indian Penal Code after her complaint yesterday," an officer at Amboli police station said.

Mr Tuli is a New York-based businessman and financial consultant.

The actress was medically examined after her complaint, the police said. No arrest has been made so far in the case.

Earlier a number of non-cognisable offences were registered against Mr Tuli at the police station after repeated complaints by Ms Mookhey.

In case of a non-cognisable offence, the police cannot register an FIR, investigate or arrest anyone without the permission or direction from the court.

Ms Mookhey was crowned Miss World in December 1999 at the Olympia Theatre in London at the age of 20. Later, she acted in a few Bollywood movies.

Promoted
Listen to the latest songs, only on JioSaavn.com
Mr Tuli's family owns a business empire in Central India with interests in logistics, hotels, malls, education and construction equipment.